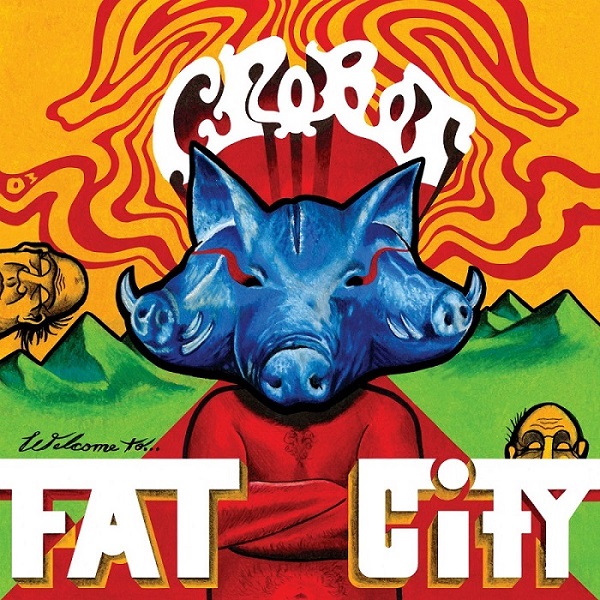 Just give them the gravy

As Brandon continues his campaign for mayor of Fat City he’s needing to throw in a few distractions to make things as good as gravy. Check out the first top secret council video from Crobot HQ here:

Recorded with producer, Machine (Clutch, Lamb of God, Every Time I Die), and mixed by engineer Alan Moulder (Foo Fighters, Nine Inch Nails, Them Crooked Vultures, Led Zeppelin), Welcome To Fat City is due for release September 23 via Nuclear Blast (UK/EU) and Wind-Up Records (US).

The artwork for the album, once again by guitarist Chris Bishop, features his otherworldly anamorphic psychedelic illustrations that, when held up to a special reflective sleeve that comes with the vinyl, reveal the Spaceborne Killer (a fictitious character that their first record was based off). “We wanted to do something completely different and not take ourselves too seriously… I was going for a Simpsons on acid feel,” states Bishop. “If the Simpsons aren’t already on enough acid. I really wanted it to have a graffiti/ street art feel to play into the album name. I spent a lot of time hiding anamorphic images and messages in the art as well, so hopefully our fans have fun finding those Easter eggs. Some of my inspirations for the album art are people like Dallas artist Michael Reeder, who does some of my favorite portrait styled street art, and Broken Fingaz Crew from Israel who do a lot of propaganda styled stuff. Much respect to those guys.”