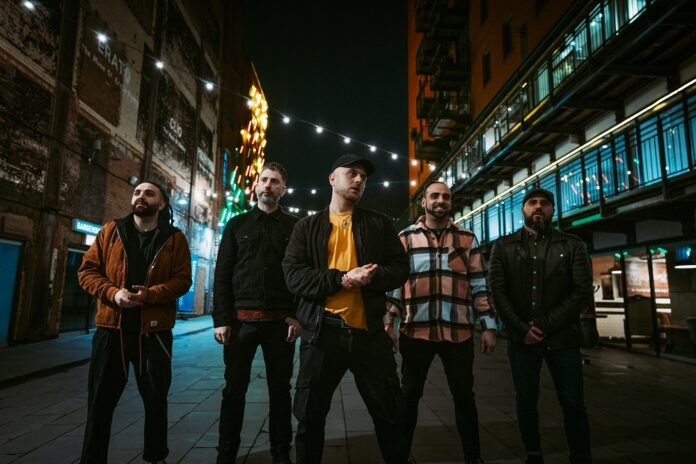 London alt-rockers In Search Of Sun have unveiled new single / video ‘Make Me Crazy’, the band’s second single release of 2022 and another huge anthem packed full of infectious hooks and raw emotion.

Adam comments on the single: “This song is about being stuck in a loop of self-doubt and paranoia. Often, what holds us back from being the best version of ourselves, is in fact our own restrictions, our mind and the daily personal battles within. We spend our time and energy on self-loathing and criticism, never feeling good enough to reach the heights that we only dream of reaching – it’s this self-inflicting toxicity that stops us from being the best possible version of ourselves that we so deserve.”

‘Make Me Crazy’ follows the band’s stunning returning single ‘The Fire I Play With’. Released in March, watch the video here: https://youtu.be/X7N3W3P8Jcs

Over the band’s career, In Search Of Sun have evolved and honed their songwriting skills to a point where irresistible hooks and infectious melodies became so second nature, they naturally fell into much more ‘pop’ territory. Previous album Virgin Funk Mother had already seen the band expand their range from a rock band into a more eclectic space,  but their stunning cover of ‘The Hills’ by the Weeknd was a huge indicator of the band’s pop destiny.

The impact of COVID – cancelled tours, ruined plans and financial strains – inspired In Search Of Sun to go for broke and follow their true calling and write whatever they want to write, with no concern with tailoring to scenes or markets. The result is a new energised sound that is so infectious and hook laden that the band are guaranteed to turn many heads in 2022. ‘Make Me Crazy’ is the second of a series of singles the band will release across the year, with a new record planned for 2023.

On the band’s evolution Adam continues: “We spent the best part of a decade with this idea that it would be wrong or too risky to branch out musically into genres leaning towards the pop end of the spectrum – even though we’ve always dabbled in it here and there, we never fully embraced it.
These songs we have coming out over the year are the result of us finally finding our feet through personal hardships and a world stopping pandemic.

“We have gained a collective clarity, picking up where we left off with the single ‘Rhythm’ back in 2020 – we have new music that we feel really pushes the poppier elements to the forefront of our sound and it’s a natural progression to us as a band – something we’ve always wanted to do but we were forever at a crossroads with the idea due to our own fears.

“The pandemic forced us to take stock and deal with some deeper questions and our musical direction was a big part of that whole process; in a way, the songs gave us the confidence to take ownership of being labelled a pop-metal band which has been subtly hinted at in the past. We can now wear that badge with pride.”In Search Of Sun online:
https://www.facebook.com/insearchofsunmusic
https://twitter.com/search_sun
https://www.instagram.com/insearchofsun
https://www.tiktok.com/@insearchofsunofficial