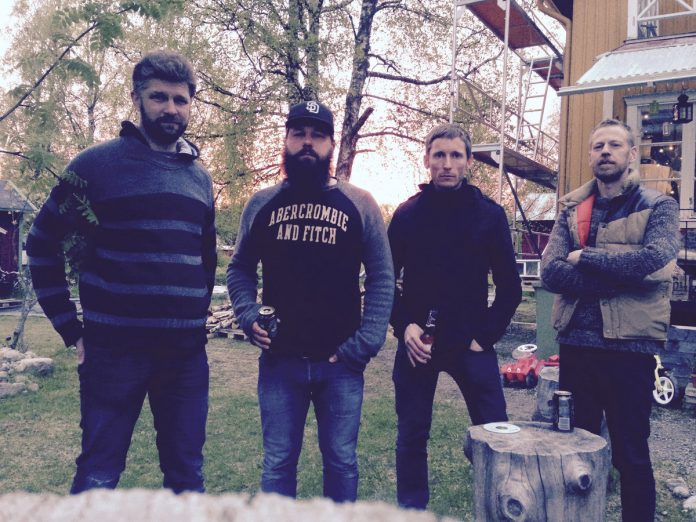 “The One With The Devil” – the brand new EP from Swedish “scrapyard rockers” Shit The Cow,  is released on Spotify, Itunes, Apple music, Google Play Music, Tidal and Deezer on September 1st.

But you can listen here right now:

The new EP contains hard rock infused with punk, stoner and garage rock elements. Keeping it simple but never repeating them selves, they work with the basic elements of rock ´n roll, set out to explore the limits of their own universe. From the rock disco on “volume/cow”(2012), the garage rock on “Salt of the earth”(2013), the punky “Rissna”(2014), and the darker “67p” (2015), “The one with the devil” goes further in all of these directions. “The one with the devil” is produced by Ron Haven in Rissna.