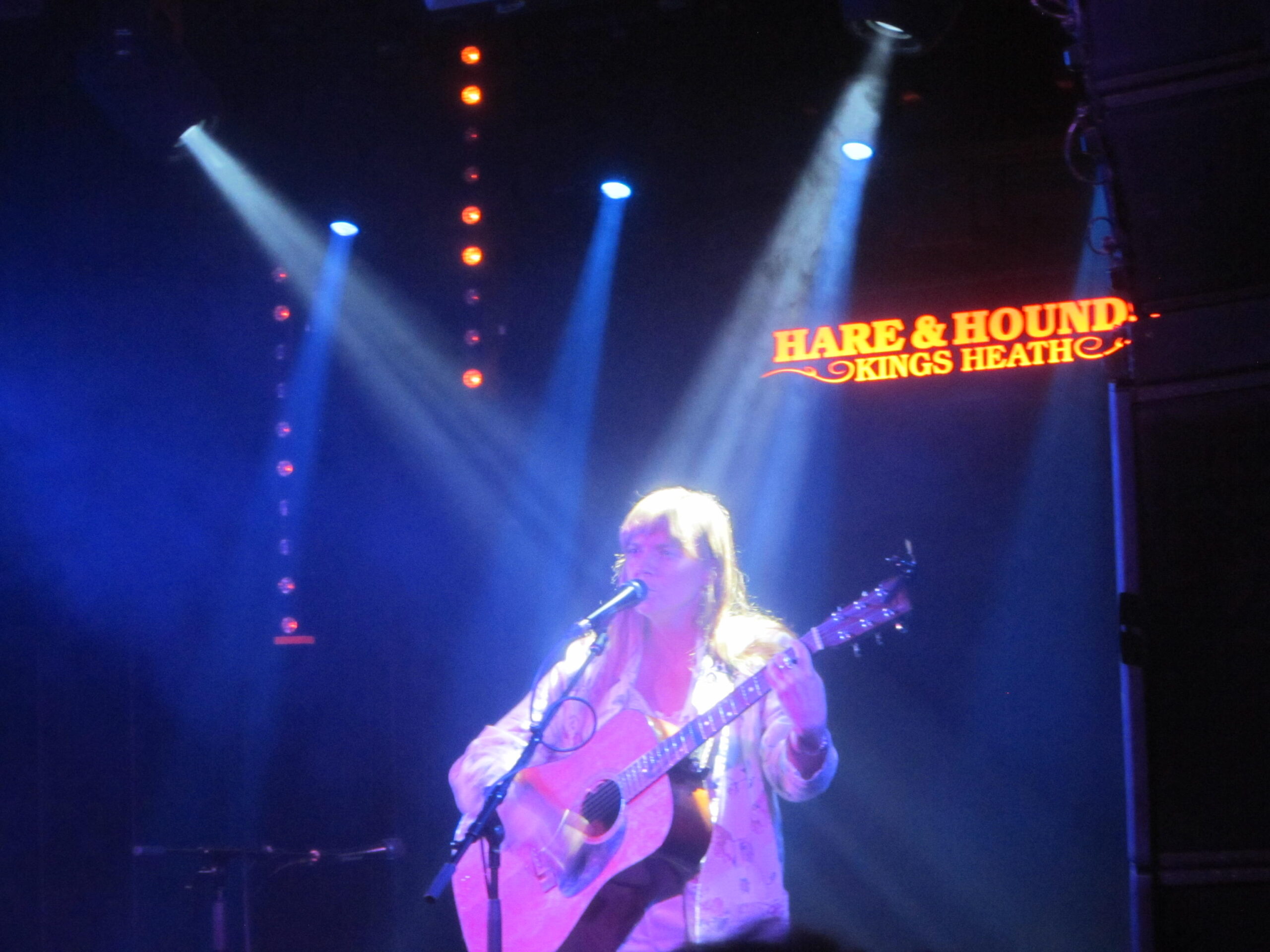 Courtney Marie Andrews was once hailed as “the best songwriter you`ve never heard of” but that seems to have changed as the main room of the Hare and Hounds in this leafy suburb of Birmingham is packed with over two hundred anxious admirers, all vying to get a glimpse of this GRAMMY nominated indie, folk come Americana artist. Its been three years since she toured the UK and she`s been busy with not only releasing an album `Old Flowers` last August but completing a book of poetry titled `Old Monarch`.

The show begins with `Rookie Dreaming` a track from 2016`s `Honest Life` album and it`s a kind of dreamy quite introspective number and a delightful introduction to what lays ahead this evening. Courtney has not only been busy releasing an album and book of poetry but has also written a number of new songs and it`s one of those that she now shares. Another dreamy offering that includes a line about James Dean.

The singer arrived earlier this morning in the UK after a couple of flights, another cancelled and having had four hours sleep in two days, so she`s feels a little dazed. Last year`s release `Old Flowers` was at times raw, honest but unflinching and came out of the breakup of her long term relationship and we get three numbers from this long player. The haunting `Burlap String` which is a sort of tribute to Amy and Derrick Ross who played under the moniker Nowhere Man and a Whiskey Girl and were mentor`s to Courtney. The mesmeric `Break The Spell` and quite heart breaking `It Must be Someone Else`s Fault`

We get a song that I love with `Irene` but have to admit I always think of Joni Mitchell when I hear it. The singer talks about her poetry and her fascination with the moon before playing `If I Told` followed by a number that accepts that people are flawed individuals with `Rough Around The Edges`. The moving `May Your Kindness Remain` is shared and you could hear a pin drop in the venue during this intense piece.

The singer sits at a piano and shares another new number which has lyrics of “To Be kinder, To Be good, To Be crazy….” The show closes out with the heart-rending `Guilty` and tearjerker `Ships In The Night`.

Its not too long before Courtney returns and shares a three song encore with `Table For One` a number she wrote when living in a camper van she named “Little Orphan Vannie” and was continually moved on before finishing composing this number in a Walmart parking lot. After asking for requests and receiving an avalanche of appeals we have the captivating `How Quickly Your Heart Mends` before we`re left with the reflective `Near You`.

Tonight, was just Courtney Marie Andrews, her voice accompanied by a piano or acoustic guitar and the stripped back nature of this gave it a much more poignant dynamic. Those that were fortunate enough to attend shared a quite mesmerising and intense performance by an artist that seems to be on the cusp of greatness. There`s a few more dates around the country before she heads home and if you can attend one, I’d certainly recommend doing so.