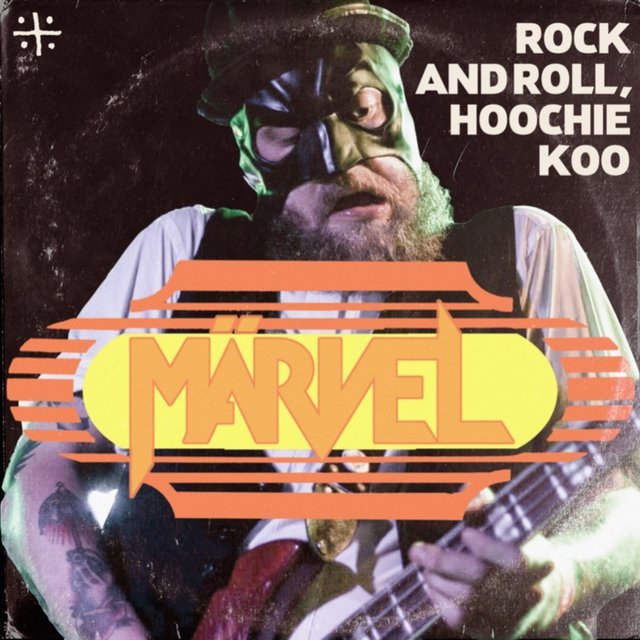 The first Friday each month Märvel is releasing another of their Guilty Pleasure from their upcoming album. This Friday we present ‘Rock and Roll, Hoochie Koo’ originally a timeless classic by Johnny Winters.

The upcoming album is released by The Sign Records in the spring of 2019. The album’s called ‘Guilty Pleasures‘ and contains 10 great songs that have all been given the Märvel rock ‘n’ roll upgrade. We know you like the tracks even if you perhaps don‘t admit to it yet. The band is currently hosting a rock quiz on their facebook page counting down the days up until they expose their next GUILTY PLEASURE – with a new song released the first Friday in each month up until the album release. Märvel released their latest album ‘At the Sunshine Factory‘ in 2017 on The Sign Records. Before that the band have had successes with albums such as ‘Warhawks of War‘ (Killer Cobra Records), ‘Hadal Zone Express‘ (KCR) and ‘The Hills Have Eyes‘ (KCR). The band is today one of the most popular rock ‘n’ roll experiences a stage can host in Scandinavia.

A guilty pleasure is something, such as a film, a television program or a piece of music, that one enjoys despite feeling that it is not generally held in high regard, or is seen as unusual or weird. For example, a person may secretly like a movie knowing that the movie is poorly made and generally seen as “not good.” (Märvelpedia)

The new album will be released by The Sign Records during the spring of 2019.