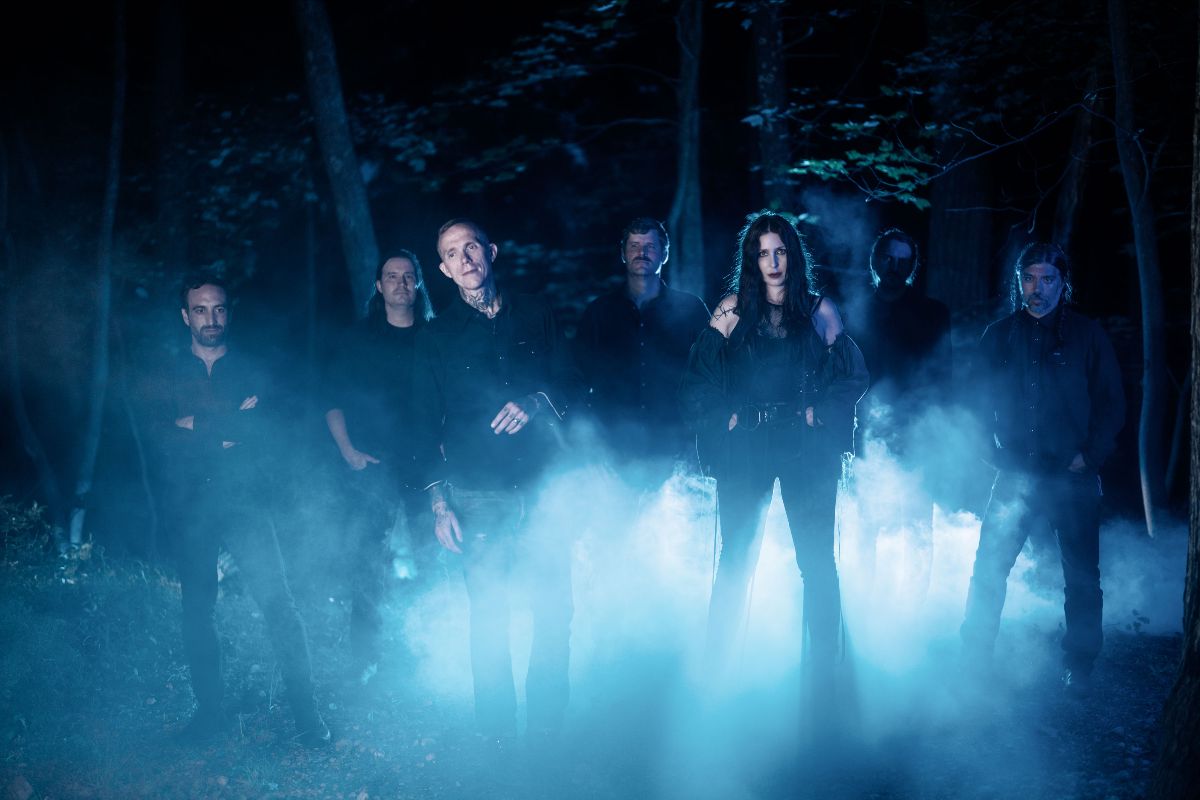 “We wanted to do something grander than the typical four-piece Converge music,” says Converge vocalist Jacob Bannon in reference to the inspiration that eventually bloomed into Bloodmoon: I, the new collaborative album created by the legendary hardcore band alongside dark songstress Chelsea Wolfe, her bandmate/writing partner Ben Chisolm, and Cave In vocalist/guitarist Stephen Brodsky. Bloodmoon: I is out November 19 on CD/Digital via Epitaph Records and on vinyl June 24 via Deathwish.

The collaboration first began in 2016 at Roadburn festival in The Netherlands where the seven-piece performed revamped Converge material under the name Blood Moon. The energy and rapturously received appearance inspired the group to want to make music together, though it would take several years before their schedules allowed. In late 2019, they were finally able to begin working on new material together at Converge guitarist Kurt Ballou’s God City Studio in Salem, Massachusetts. Future sessions were planned for 2020 but the pandemic would see the remainder of the record be finished remotely.

Produced by Ballou, Bloodmoon: I is a harrowing and atmospheric collaborative effort that sees each performer working together and outside the comfort zones in order to create something that is truly unique to the project. “I feel like everyone just kept the music in mind and wanted to do what’s best for the song,” notes Brodsky.

“The project stretched my vocals in new ways. It’s so different than what I normally sing over that I was able to open up and be vulnerable with my vocals,” says Chelsea Wolfe. “Our dynamics are pushing and pulling in all different directions on this record, and I find that to be creatively rewarding,” adds Bannon.

Today, the seven-piece offer the first glimpse of Bloodmoon: I with the lead track “Blood Moon,” – watch the video HERE: