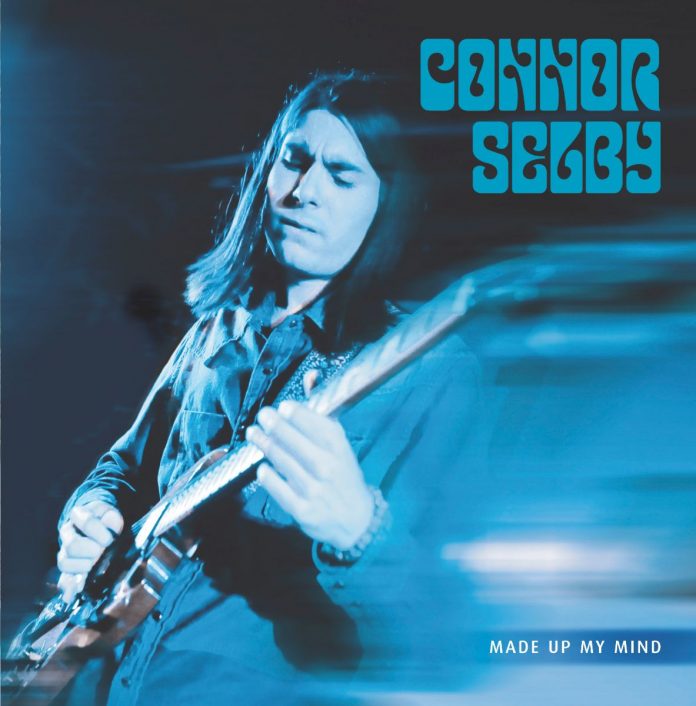 Connor Selby today announces a vinyl version of his acclaimed debut album “Made Up My Mind”, released through 3MS Music [Cat Nos 3MS017LP]. This will be available on pre-sale from 28 June 2019 and will be officially released on 26 July 2019.  This vinyl edition is to celebrate his upcoming support slot withThe Who on 6 July 2019 and the fact that Connor will be also supporting John Mayall on his 85th-anniversary tour later this year.

Having first picked up a guitar at the age of 8, Connor has been honing his craft and his songwriting in order to create something truly special.  “Made Up My Mind” is it.  With the material on the album fully road-tested – this album is the first step on a what will be a long and fascinating road.

A modern British guitarist, steeped in the history and styles of what has come before but with his own style and take, Connor‘s sound is a thrilling hybrid of soulful Blues with a touch of Rock.  On this eight-track debut album he demonstrates deft technique, sure, but also true feel and understanding of tone. Connor uses a R9 Gibson Les Paul, there’s also a Strat on the album – and he also plays a VOS Gibson SG.

Connor himself said, “Making this album has been a fantastic experience and I’m extremely proud of what’s been produced. The idea of having my own record seemed like a dream only a few years ago so to finally have it, completed and out in the world is a truly amazing feeling. What’s more, I’m grateful that 3MS gave me the freedom to do what I wanted and didn’t push me in any particular direction which allowed me to make the record I wanted to make.”

Connor’s inspirations come from the British blues boom; Clapton, Kossoff, Green, as well as early soul music, and the original electric blues ‘Kings’ [BB, Freddie and Albert!], but on “Made Up My Mind” he creates a sound and a style that is all his own.