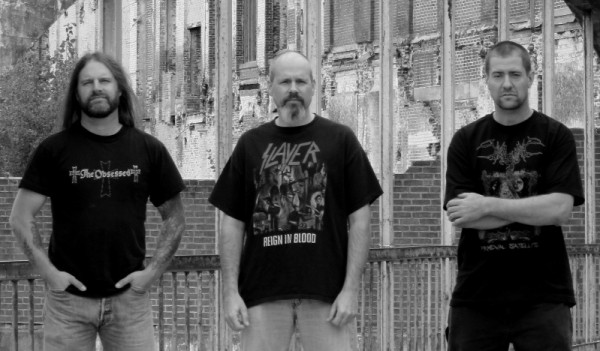 This first work with 22 minutes of running time and comprising three great tracks is a promise that Conclave are focused in becoming part of the sludge metal world.

The noisy distortion fills the air right in the moment you press play and even though they are a modern band, they enable us to wander within the old-school recalling some Black Sabbath moments.

Also, in spite of being a straight sludge band, Conclave approach is originated by the punk scene which helps them get from the sluggish passages into energetic soundscapes.

“Breaking Ground” was recorded at Opal Sound Studios and has the fantastic characteristic of being done with an eright track analog equipment giving more emphasis to the in-your-face retro sound.

Conclave are Jerry Orne (bass/vocals), Jeremy Kibort (lead/rhythm guitars) and Dan Blomquist (drums/percussion) – all of them emerging from the underground tombs of central Massachusetts*