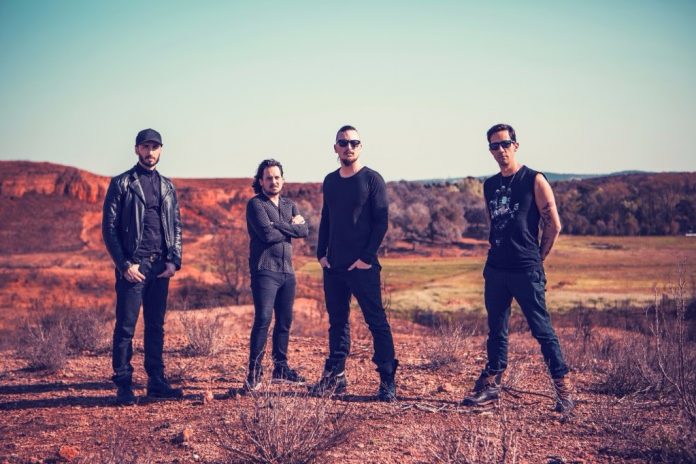 On August 25th, 2017, French metal outfit DAGOBA will release their new album, ‘Black Nova’, as a cooperation of Jive/Epic for France and Century Media for the rest of the world.

The band has just launched the official video for the album’s first single ‘Inner Sun’ –
Check it out here:

Inspired by American metal greats such as Panterea, Machine Head and Fear Factory, the band have quickly expanded their furious sound with dark, symphonic and industrial elements culminating on what is to become their strongest album to date, ‘Black Nova’.

Shawter – singer, guitarist, composer and leader of DAGOBA – helmed the recordings of “Black Nova”, which took place at Eagle Black, his own studio in Marseille, whereas Jacob Hansen (Volbeat, Epica, Heaven Shall Burn) took care of mix and mastering. “Black Nova” sounds massive with rich dynamics, towering riffs, vigorous shouts and infectious melodic choruses all over the place. The equally powerful artwork was created by Seth Siro Anton (Septic Flesh).

CD and vinyl formats will be available for pre-ordering from June 26th onwards.