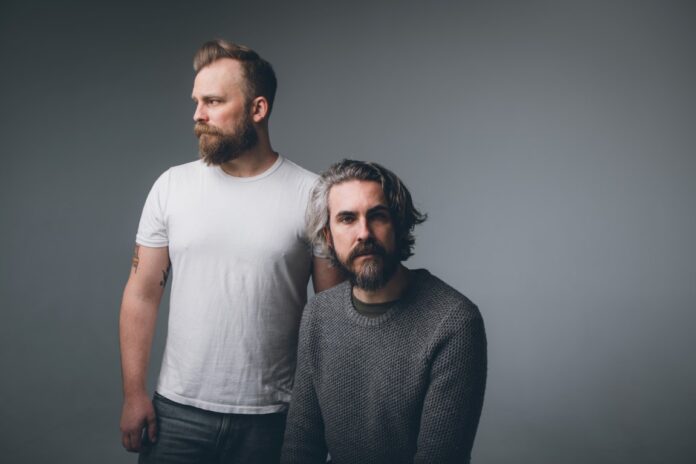 Drive All Night is the latest single from Canadian duo, The Bros. Landreth, taken from their acclaimed new album, Come Morning, out last month.

Drive All Night is actually one of the album’s more feel-good anthems, however when paired with a heart-breaking video directed by Mike Linton, the song takes on a different meaning. “We’ve known Mike for a few years now and always been struck by how uncompromising his approach is” says The Bros. Landreth. “With this video he’s flipped the song on its head and offered a completely different perspective on the lyric — treating the song as a bitter sweet memory, looking back on a happier time in a relationship. The two actors that agreed to do the video, Stephanie Sy and Gabriel Daniels, were enormous on camera. Mike & his team did a brilliant job of giving the actors space to portray a heart-breaking story of two people falling apart and falling away from each other.”

The most immersive, emotive record of the Landreths’ career, ‘Come Morning’ finds brothers Joey and Dave lacing their melody-driven songs with layers of atmospheric synth, organ, and textured guitar. The group’s previous albums shone a light on their strength as a live act, capturing the spontaneity and sonic stomp of a band of hard-touring road warriors. If those records unfolded like snapshots of The Bros. Landreth’s nighttime shows, then ‘Come Morning’ sketches a markedly different picture, showcasing the introspection and clarity that comes with a long period of rest.

“The overarching theme here is hope,” says Joey, who shared production duties with longtime collaborator, Murray Pulver. “Many of these songs lean into the tough stuff, like processing emotional trauma and finding strength on the other side. It’s a bit of a myth that you’re ever done working on that. Dave and I have just begun the journey, and that’s why this record represents the rebirth we wanted ‘(previous album) 87 to be. We’re working through the pain, processing it, unpacking our baggage, and beginning to move forward. Last time, we were just walking on a rug that had all kinds of stuff swept under it.”

The album has been winning acclaim from the likes of MOJO Magazine, Guitarist, Maverick Magazine and Americana UK and many more, plus radio support from BBC Radio 2.

‘Come Morning’ is out now via Birthday Cake Records.