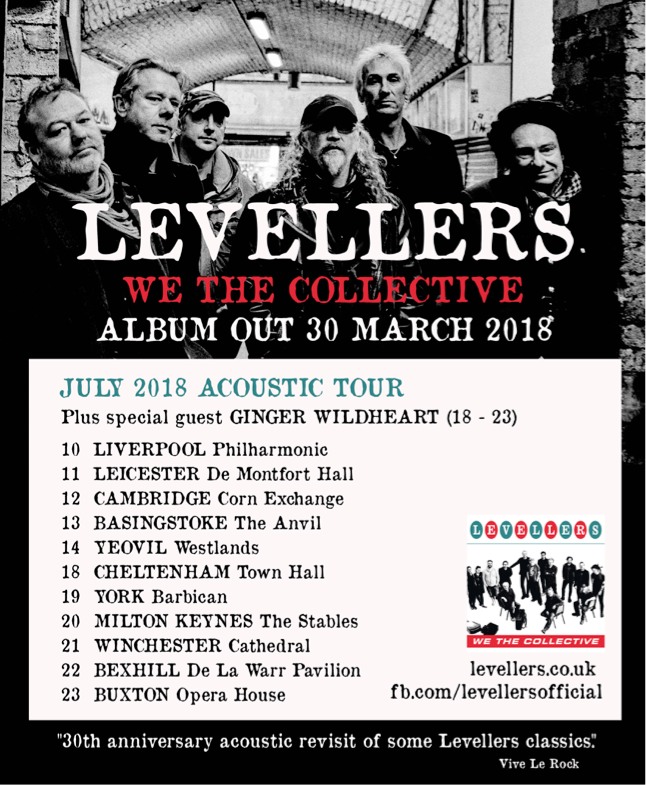 Brighton folk-punk band Levellers have announced the new release date for their new album, We The Collective, along with rescheduled tour dates for their March tour.

After the recent tragic loss of drummer Charlie’s son, the band postponed their tour and album release. The album release date has been moved to Friday 30th March and the Acoustic Tour has been rescheduled into July. All tickets remain valid for the new dates and any unsold tickets will go back on sale today.

We The Collective came about after wanting to do something a bit different with their back catalogue – enlisting a string section and the services of legendary producer John Leckie (Radiohead, Stone Roses), they developed new acoustic arrangements for eight of their previous singles including ‘Liberty’, ‘Hope Street’ and ‘One Way’, which they recorded straight to tape at the world-famous Abbey Road Studios.

The band will head out on a full Acoustic Tour in July where they will be playing the new arrangements with guest musicians, following their recent shows at Glasgow’s Celtic Connections festival and the Roundhouse in London. Ginger Wildheart will support on all dates from the 18th to 23rd July.

All other shows previously scheduled from June onwards will go ahead as planned. Please check the official Levellers website for full listings.

Tickets for all shows are available here: https://www.levellers.co.uk/events