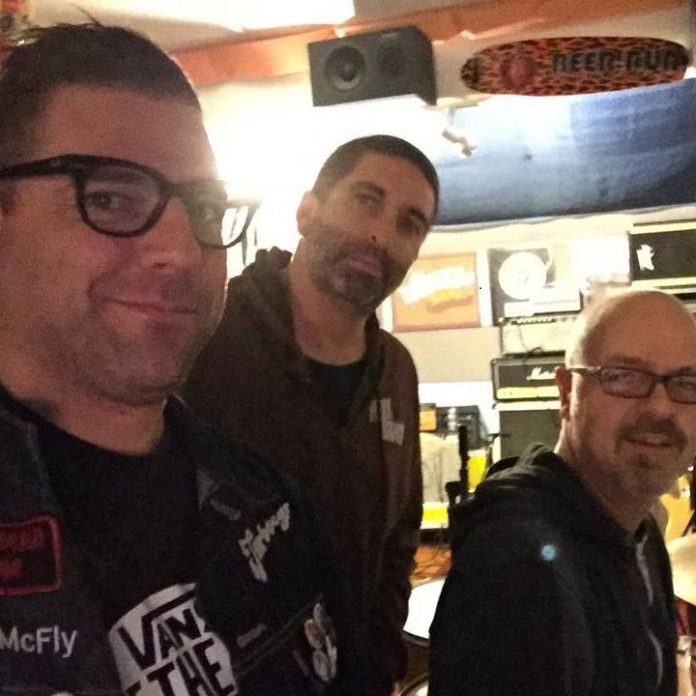 Jonny Manak and The Depressives have finished recording their upcoming album entitledCold Pizza  & Warm Beer  and you can check out the title track below as a sneak peak.

Cold Pizza & Warm Beer is the follow up to (and our debut as a record label) “Primitive Sounds For A Modern World” that was released back in 2013 on LP.  Taking influences from The Sweet, Link Wray, Chuck Berry, The Stooges, and Radio Birdman (on which they do a killer rendition of New Race on the album) the album really expands on where “Primitive Sounds” left off.  Written and recorded at his home studio Cup O’ Pizza in San Jose, the action men on the album are Jonny Manak (Guitar, Vocals and Bass) and Thor Dsor (Drums) with longtime engineer now bass player of the Depressives, Neil Young!  It is also a personal reflective and coping mechanism in response to the passing of Jonny’s father in 2014 with songs like “Last Call”, “Read Between The Lines” and “Monster” constructed in the wake.

The track “Choose My Fate” has already been released as part of the “Seven Inches” split 7” the band did with The Hip Priests back in 2013 and will be a part of the new album as well,video for the song below (recorded live in Los Angeles, CA).

Seventeen songs in under thirty five minutes with artwork for the LP/CD done by PORK Magazine’s own Sean Aarberg, Cold Pizza &Warm Beer will be released in summertime through Self Destructo Records and Reach Around Records.

If you haven’t heard “Primitive Sounds” yet, check out the full stream here