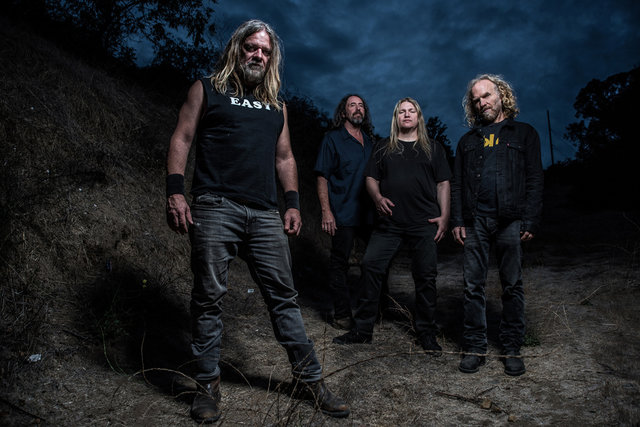 After the long anticipated release of their latest studio album No Cross No Crown, and an extensive North American run supporting BLACK LABEL SOCIETY, CORROSION OF CONFORMITY are set to return to European shores to play a string of headline shows in between the previously scheduled festival appearances. The band have teased that they will be back later in the year so watch this space.

Speaking about the dates, Woodroe stated: “We’re stoked to be heading across the pond again to play some festivals and even more excited to be able to add in a few select headline dates, more to come later. See ya there!”

CORROSION OF CONFORMITY’s No Cross No Crown somehow sounds as though no time has passed between 2005’s In The Arms Of God and today. Recording in North Carolina with longtime producer John Custer, CORROSION OF CONFORMITY cut No Cross No Crown in about forty days over the course of a year. Some of these new jams sound like they could’ve easily appeared on Wiseblood or Deliverance, two of CORROSION OF CONFORMITY’s most revered records. Beefy Southern stompers like ‘The Luddite’, ‘Little Man’ and ‘Forgive Me’ are interspersed with melancholy guitar interludes like ‘No Cross’, ‘Matre’s Diem’ and‘Sacred Isolation’ – just like Sabbath used to do in the ’70s. “We started doing that on Deliverance”, Keenanpoints out. “My theory on that is that if you’re trying to make a record flow, you need to break it up a little. When you need a breather, write an interlude. I like writing those mellow pieces just to space things out and make the next thing come in heavier.”