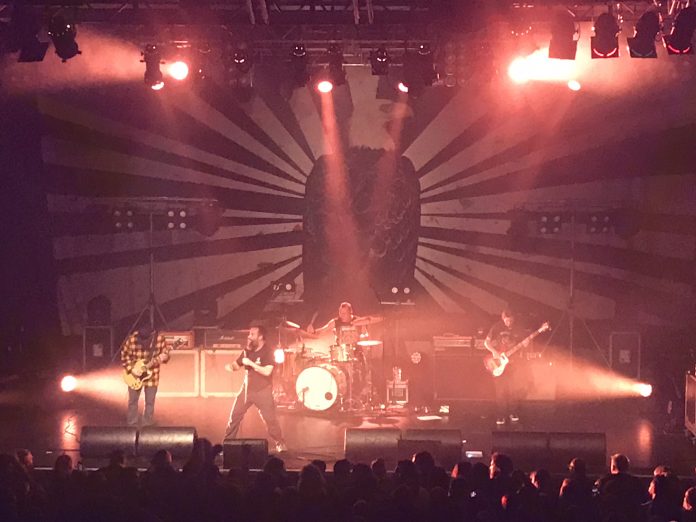 Let’s be honest, to be a two-piece band you have to be unhinged, ever so slightly loony maybe. The boys in Inspector Cluzo, Malcom Lacrouts and Phil Jourdain take that up a notch with a show that is part gig and part performance art. From France – they sort of had to be with a name like that – they come here too with an environmental message as “We The People Of The Soil” exemplifies. Sharing a producer with Clutch – Vance Powell – perhaps explains why they are here, but TIC are veterans of over 1000 shows in over 50 countries and when they bring a second drummer out things go from primal to something approaching “blimey” on the scale. It is the end of the tour and maybe that explains it, but things go batshit crazy for the closing “Get Your Hands Up” with kit and all kinds being kicked around. The Inspector Cluzo are worth investigating, if for no other reason than they are basically impossible not to warm to by the end of a spirited half an hour. 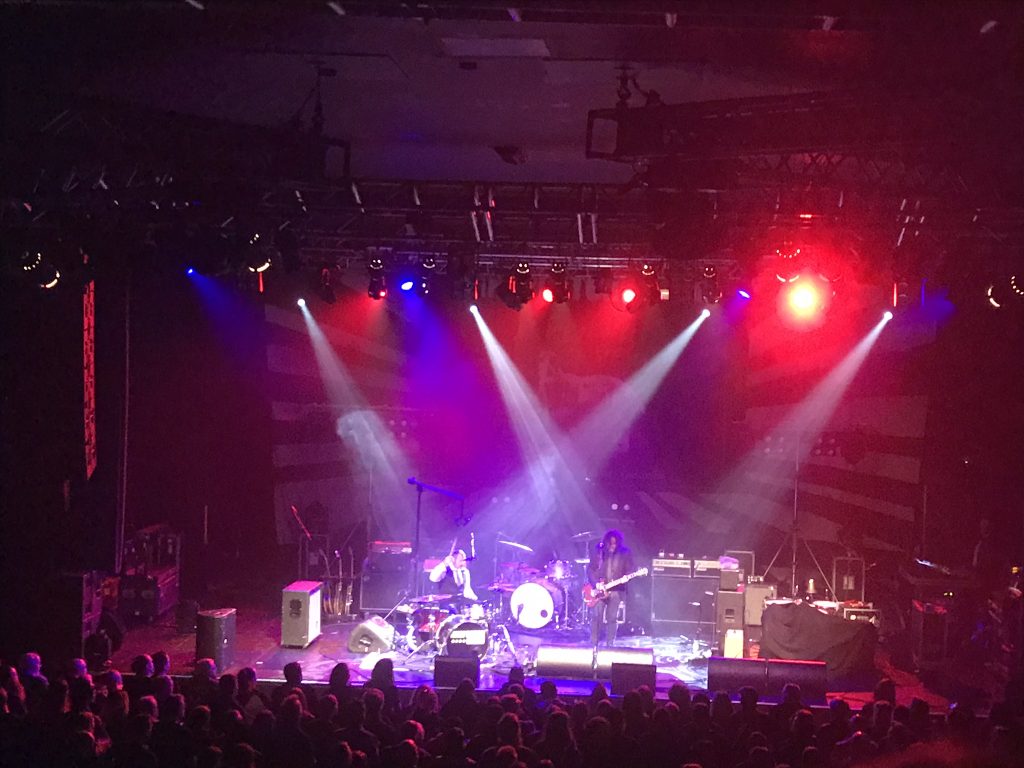 The Picturebooks, as they always do, get the crowd to raise their middle fingers in the air during “Zero Fucks Given”. And just like it always does, it has more than the usual airheaded sentiment about it. Because this truly is a band that is “Us Against The World.” Just Fynn Claus Grabke playing his guitar like no one else and Philipp Mirtschink doing all kinds of unspeakable things to his drums, they are a band who are unique. “PCH Diamond” is an incredible starter, “Wardance” has never been more aptly named, and “I Need That Oooh” absolutely oozes lust. It doesn’t want love. It wants something – anything – right now. “The Rabbit And The Wolf” and the ever riotous “Your Kisses Burn Like Fire” prove yet again that right now, there are few bands who are getting as many things right as The Picturebooks. 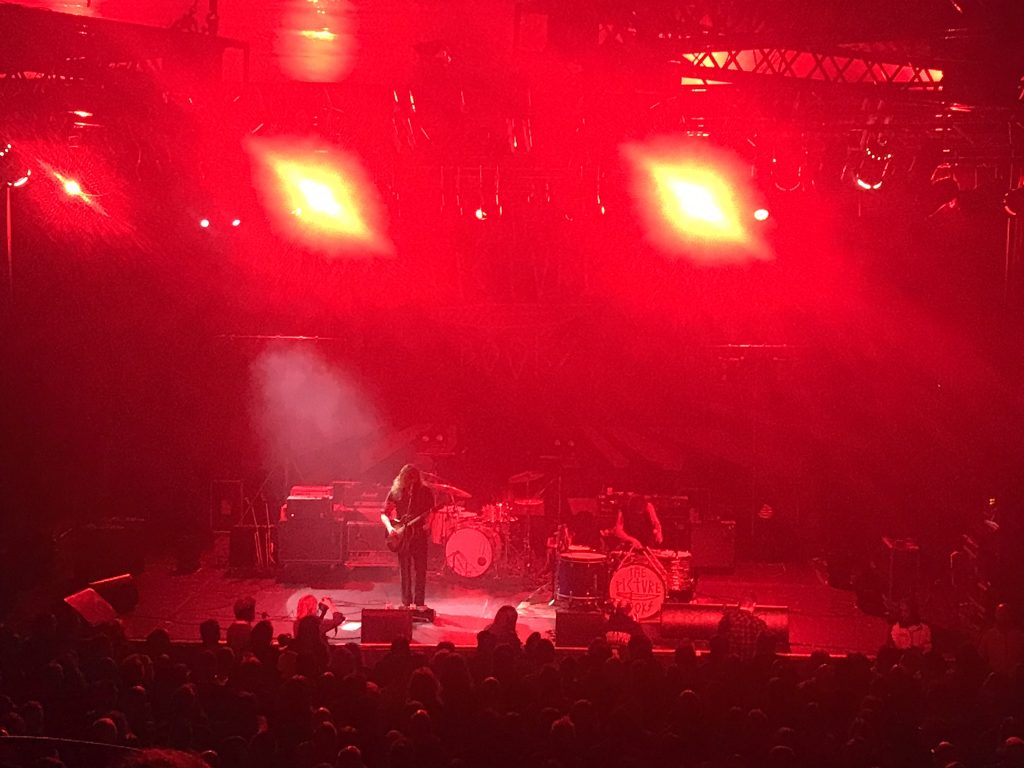 Being the type of band they are, you can never second guess what Clutch are going to do. Most bands do setlists that you know front to back. No such thing for Neil Fallon and the fellas. That said, you probably wouldn’t have picked “Texan Book Of The Dead” as the track to kick off the last gig of this tour.

But the thing with Clutch is this: whatever they do doesn’t really matter such is the skill, passion and charisma it is delivered with.

If the early part of the set largely mines some treasure from deep in the vaults, then lets not be coy about this, they are here because back in the Autumn they released “Book Of Bad Decisions”. Arguably the album of the year, they play most of it in some sort of early victory party. “Spirit Of 76”, “How to Shake Hands” a brilliant “H.B Is In Control” and the others are merely just more evidence that you can dress it up any way you like and Clutch will still be the absolute best at what they do.

They are brilliantly hard to put your finger on too. Singer Fallon looks like basically any balding beardy bloke in the crowd, but if he’s never been a frontman in the classic mould, then few are as compelling. Likewise Tim Sult just stands there pumping out riff after riff, and there’s not a better rhythm section in rock then Dan Maines and Jon-Paul Gaster. And when they do “Firebirds” Birmingham loses its collective mind.

The main set ends with a couple more from “….Decisions” and “Hot Bottom Feeder”, but even more so “In Walks Barberella” (when Fallon delivers the pay off line “weaponised funk” no one actually knows what it means, yet it makes perfect sense) prove to be worth the ticket price alone.

There’s an encore, though (“I’ve got no wish to eat the Greggs in Heathrow airport just yet” offers Fallon) and if “The Regulator” is good, then frankly if I’d written “Electric Worry” and the stunning, gleaming jewel of “X-Ray Visions” then they could finish my tour too.

In amongst all this the frontman says that these are the biggest set of shows the band has done in the UK. Most are sold out and this one is heaving. He said that last time too. He meant it. Clutch, you see, are the living, breathing embodiment of word of mouth. When I saw them support Corrosion Of Conformity back in 2005 you were almost compelled to tell everyone what you’d seen. That has gone in the years since, until these moments, when basically the band of the people is a near unstoppable force.