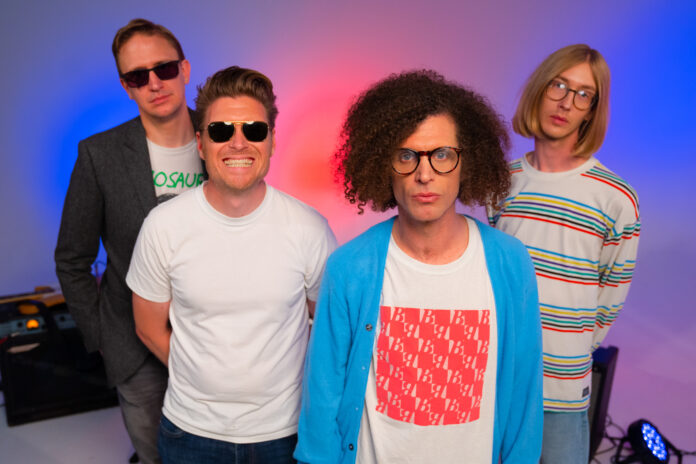 The new music arrives as the band will play a string of intimate performances in support of their upcoming album ‘Signs of Life‘ (out 28th October, via Cool Thing Records), announcing appearances at independent record shops in Portsmouth, Bournemouth and Southampton. Full details can be found below.

Not since their much-loved single “Joy In A Small Wage” have Asylums articulated their melodic and melancholic dimension so well – this time adding drummer Henry Tyler’s string arrangements into the mix. On “Instant Coffee” the band entwine the fragile introspection of early Kurt Vile and Cat Power with the late 90’s song smithery of Blur and The Cardigans. The results are uplifting, soul searching and further evidence that Asylums are on top form for their forthcoming album ‘Signs of Life‘, due 28th October. Pre-Order HERE

Friends of the band Andrew Delaney (Director) and JJ Eringa (Editor) collaborated with the band on the kaleidoscopic video for “Instant Coffee“.

‘Signs of Life‘ was recorded at the legendary Rockfield Studios in Wales with genre-bending Manic Street Preachers producer Dave Eringa in the driving seat. As well as dialling the rock action up to 10, this record also draws from the likes of R.E.M., The Magnetic Fields and The Beatles who all arguably made some of their best work during a live hiatus.

“It’s like all of Luke’s songwriting to date has been leading up to Instant Coffee, a beautifully melancholic perfect pop song with real depth! Late 90’s Albarn meets the great bits of American indie at a classical concert & they all get together for a party!”

The world has changed, Asylums have changed…but one thing remains valid, making music is still an essential craft and serves as creative medicine for many musicians and listeners alike.

Alongside their work as a band, Asylums have helped to nurture a roster of equally creative individuals with their Cool Thing Records label team – putting out amazing records by the likes of BLAB, A Cause In Distress and many more, whilst still finding time to run a bi-weekly arts advocacy radio show called ‘Cool Thing Presents’ which airs in London and New York on the Culture channel of Soho Radio.

Latest single, “Instant Coffee” is the follow-up to their recent critically acclaimed comeback singles “Crypto Klepto“, “Scatterbrain“, and  “Understand the Psychology“, all of which will feature on their keenly awaited forthcoming album ‘Signs Of Life‘ – out 28th October.

Around the release, the band will be embarking on a whistlestop tour of some of the nation’s finest independent record shops. Performing tracks from ‘Signs Of Life’ for the first time, catch the band performing live at these stores as follows: