CJ In The UK 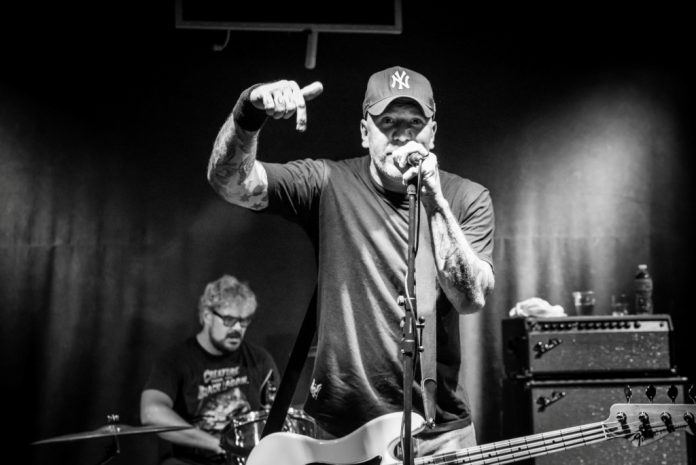 Punk legend CJ Ramone is back in the UK in August and September, touring his acclaimed new album American Beauty (16.03.17, Fat Wreck Chords).

Only seven men have been lucky enough to be gifted with the Ramone surname, of these is CJ Ramone, who was part of the family from 1989-1996. He sang lead on ‘Strength To Endure’; he wrote two tracks for the band’s farewell album, ¡Adios Amigos!; he was onstage for their epic final show, delivering those iconic “1-2-3-4!” shouts and rubbing shoulders onstage with Eddie Vedder, Tim Armstrong and Lemmy. CJ Ramone is as important a part of punk rock history as anyone else you can think of, and the best part is he’s just getting started.

CJ‘s new solo album, American Beauty is a 12-song effort that crackles with the spirit of ’77. The songs sound so well developed that it’s a bit of a shock to learn that they were written in one single two-week period.

The breakneck pace of writing led to an even more efficient recording session, when CJ and his live band—guitarists Steve Soto and Dan Root (both also of The Adolescents) and drummer Pete Sosa (also of Street Dogs)—set to work with producer Paul Miner (H2O, New Found Glory) for a grand total of 11 days.

As much as CJ pays tribute to his past on American Beauty, there is also nods to the present, with Big Eyes frontwoman Kate Eldridge guesting on the album, and the horn section of Mariachi El Bronx adding to the cover of Tom Waits‘ ‘Pony’, which closes the album.