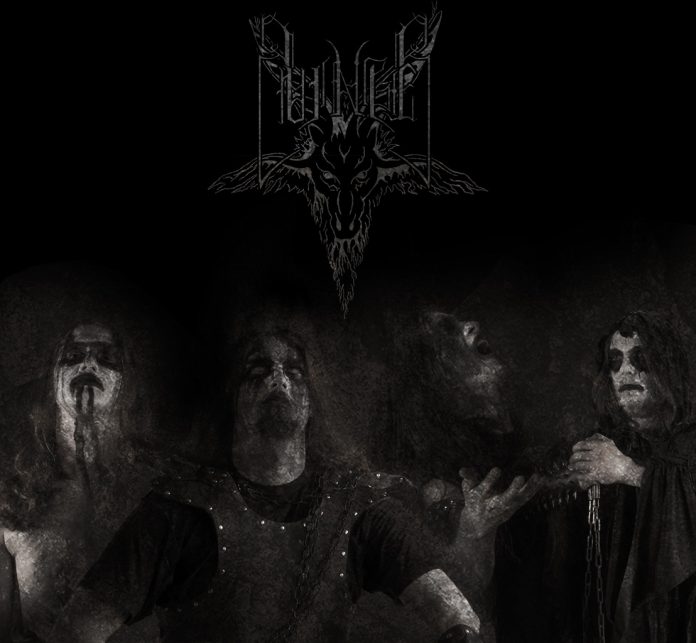 Yesterday it was Lithuanian punk. Today it’s Slovenian Black Metal. We get around more than Phileas Fogg.

“This Black metal crusade by the name of Cvinger begun in winter of 2012,” the band explain.

Founded by vocalist Lucerus, guitarist Bagot and drummer Kireg Maschine. Cvinger is an old Slovenian word with many meanings. One of them comes from Turkish Wars or Ottoman wars and was used for first defense wall around the churches. Later that word was used for wall which separated cemetery for the those who committed suicide. Such things are important to the band who admits their music is “Inspired by dark Middle Ages.”  In January 2013 they entered the Truga studio for the first time to summon their first demo / single by the name of: Abyss of horns. In Spring of 2013 They were back for a second time to record EP “Monastery of Fallen.” It was officially released on 16th July 2013. Later they filmed music video for title track.   After EP things came to all a halt. In typical style the band say of the hiatus: “yes, there was black dawn for Cvinger. Crusade stopped for eight months due to personal inner wars of higher power,” that’s cleared that up, then, huh?   In spring of 2014 their legion expanded. Morgoth joined as new drummer and Lucerus started to focus only on vocals. For a short period of time the role of bass player took Skalph but he left the band due to leak of time and was replaced by Obscurum.   Then they lose us a bit: “On 27th of June we had our first live ritual to present our EP Monastery of fallen. There was one more rite in Šoštanj.” They tell us. (We think they mean they played some shows – Ed)   On 23rd of September they to record first full length album by the name of: The Enthronement ov Diabolical Souls. Later it was mixed and mastered by Sašo Gostinčar in GRS Production Studio. While the album was being mastered we record music video for on of the track from album by the name of : “Summoning”.

The album was released on 1st of December 2014.