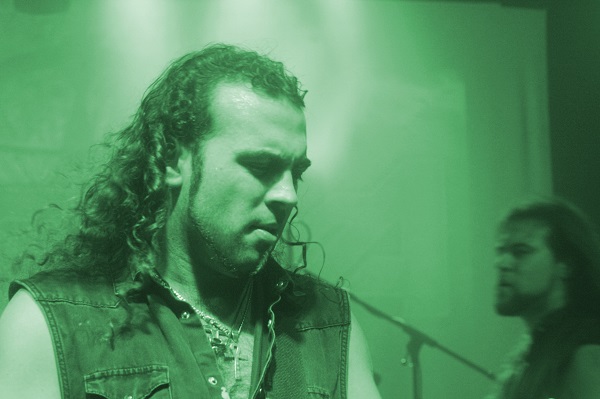 Absolva frontman shows off his acoustic side

Absolva frontman Chris Appleton releases a solo acoustic album “Restless” on 2nd February 2015. The album is pre-dominantly acoustic with just a hint of electric guitar here & there, plus one song with synths/sequencing by his brother Luke (Iced Earth / Fury UK). That’s on “Wonders Of The World” which Luke also wrote, as well as the ballad “How Will I Feel When You’re Gone”.

Chris, normally known as lead vocalist and lead guitarist in the ferocious and energetic British metal outfit Absolva and as lead guitarist in the band of former Iron Maiden frontman Blaze Bayley, shows his versatility with an acoustic album filled with diverse songs from the folk-influenced sounds of opening track “Seafarer” to the virtuosity in the Satriani/Vai hints of the instrumental title track.

The album also includes its’ fair share of balladry. As well as the above-mentioned “How Will I Feel When You’re Gone”, there’s a version of Absolva’s “Only When It’s Over” and the haunting minimalism of “Wonders Of The World” featuring the stark yet beautiful orchestration written again by Luke Appleton and a clear departure from the acoustic guitar sound that runs through most of “Restless”. The track listing is completed by the quirky, bluesy “Crazyhead”, a version of the Fury UK song “I See Red” and an acoustic yet faithful cover of Ozzy Osbourne’s “Mama I’m Coming Home”.

Also featuring prominently as guest on the album is Chris’ close friend and vocalist Wizz Wizzard from Belgium, who has his own classic metal band Wizz Wizzard and solo acoustic project Wizz Acoustic. Wizz shares vocal duties on “Restless” and the contrast in the two singers’ styles is as rewarding as it is impressive.

Chris has this to say about this project.. “People are asking me.. why another album? .. why another project? … and it’s in the title.. ‘Restless’. Whenever I come back from a  tour I’m always waiting for the next one. Whenever I record an album, I can’t wait to record the next. I really would spend all my time on tour if I could. So, I’m trying to make that happen. I’ve had a great time recording this album in Belgium, on days off during the latest Absolva tour. The result is great. It’s excellent to have Wizz Wizzard singing on it and even my brother Luke played some guitar and wrote a couple of the songs. Something different and I think you’ll like it!”