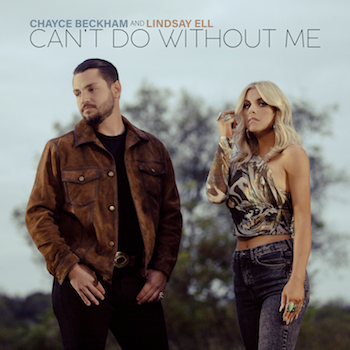 “Working with Lindsay on this song was a blast,” said Beckham. “Being in the studio with such a talented artist really took this song to another level for me.”

After releasing his self-penned track “23” (and winning American Idol) earlier this year, the pensive song shot to the top of multiple viral charts, racking up more than 22 million on-demand streams (and counting).

“There is such a raw intensity in this song that when A&R brought it to me, I knew I had to cut it—it hit me like lightning,” said Ell. “Chayce, wow, did he bring it on this song. I had heard so many great things about him but he more than understood the assignment on this one.”

The song drops the same night Ell is set to co-host the 2021 Canadian Country Music Awards, where she is the most nominated female artist (with five nominations). Ell, with a No. 1 already under her belt, is currently serving as host to Canada’s Got Talent as she recently kicked off her first headlining tour in Canada, since recently wrapping Blake Shelton’s 2021 Heroes & Friends Tour.

Penned by Jordan Walker, Trannie Anderson and Michael Carter, “Can’t Do Without Me” will mark Beckham’s label-debut single.

The supercharged duet hits DSPs on Monday, November 29th. For more information on Lindsay Ell and Chayce Beckham, visit their websites at www.lindsayell.com and chaycebeckham.com.