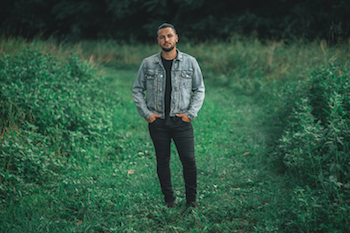 Beckham will also be performing on ABC’s American Idol this Monday, March 28th at 8/7c (1am BST), as he mentors the remaining hopefuls through Hollywood Week.

“This title was my mom’s idea for me to write because it was something we had said to each other,” says Beckham. “It made me think about all the things in life that you should just do and not have to think twice about it. Growing up I really did learn the value of a dollar because I watched my family work hard for everything we had. This song is a reminder to not take the good things in life for granted and remember to appreciate them.”

After winning American Idol and the hearts of fans across the nation just last year, Beckham released his self-penned track “23” that skyrocketed to the top of numerous viral charts, racking up more than 75 million on-demand streams (and counting).

Now, climbing the Country radio charts with his sensual duet, “Can’t Do Without Me,” with Lindsay Ell, the “rugged, Country crooner” (USA Today) shows the depths of his artistry with the life lessons taught in his new track “Tell Me Twice.”

Written by Beckham with Isley Juber and producer Ross Copperman, the song highlights it’s the simple things in life that are most important, singing:

To spend your time off with the ones you love
And, sending up prayers to the man above
Say you know how it goes

Currently on tour with Jimmie Allen, Beckham is also headlining shows across the country and will join Luke Combs on the road this autumn. For more information and a full list of tour dates, visit www.chaycebeckham.com.

Curb Records recording artist Dylan Scott officially launches the pre-order/pre-add/pre-save for his upcoming album, Livin’ My Best Life, today (25 March), giving fans a taste of new music with the release of the title track, written by Thomas Rhett, Tyler Hubbard, Brian Kelley, and Corey Crowder – listen HERE. Fans can now pre-order/pre-add/pre-save the highly-anticipated full-length project, which arrives 5 August, 2022, HERE, while autographed CD and double vinyl pre-orders are available at www.dylanscottcountry.com. As he’s on the road headlining the ‘Livin’ My Best Life Tour,’ the CMT Music Award winner celebrates the RIAA Platinum certification of #1 single, ‘Nobody,’ and the RIAA Gold certification of ‘Crazy Over Me.’

Livin’ My Best Life is the follow-up to Scott’s Nothing To Do Town EP. Produced by Will Weatherly, Matt Alderman, Jim Ed Norman, Curt Gibbs and Mark Holman, the new record delivers a personal set filled with the backroads, barstools and church pews that defined the Louisiana native’s youth. The singer/songwriter co-penned eight of the album’s 16 selections, whose credits boast an all-star lineup of writers like HARDY, Ashley Gorley and more. Notable highlights include the Top 30 and climbing, fiery heartbreak single ‘New Truck,’ unifying anthem ‘In Our Blood (feat. Jimmie Allen)’ and No. 1 hit ‘Nobody.’

The day-off, drink-in-hand country groove of the title-cut, released today, was penned by Thomas Rhett, Tyler Hubbard, Brian Kelley, and Corey Crowder. Scott adds his unmistakable draw to the laidback track that toasts a “work hard, play harder” ethos. The carefree song follows the recent debut of his heart-melting ballad, ‘Can’t Have Mine (Find You A Girl),’ which became an instant TikTok viral smash after Scott shared the chorus on the platform, making it an obvious last minute addition to the upcoming album. Nearly 50K fans have created videos using the ‘Can’t Have Mine (Find You A Girl)’ sound on TikTok.

The hitmaker is currently making his way across the country, previewing new music alongside fan favourites on his headlining ‘Livin’ My Best Life Tour,’ with direct support from Dylan Marlowe. The 22-city coast-to-coast trek began 24 Feb. in Grand Rapids, MI, and will conclude 29 Apr. in Silver Spring, MD.

Curb Records recording artist Dylan Scott is a triple threat — a powerful vocalist with a deep, unmistakable drawl; an old-soul songwriter with a young spirit; and a family man with a tender heart. The multi-Platinum singer has notched two No. 1 singles at radio (“My Girl” and “Nobody”), as well as Top 5 hit “Hooked.” Following his first career nomination for “Best New Country Artist” at the all-genre 2019 iHeartRadio Music Awards and a coveted spot among Country Radio Seminar’s New Faces of Country Music Class of 2019, his Platinum-certified ode to his wife, “Nobody,” earned him a 2021 CMT Music Award. With career streams exceeding 1.3 billion,the Louisiana native has provided tour support for Garth Brooks, Luke Bryan and Chris Young, among others, cementing him as an in-demand live act. Livin’ My Best Life, the highly-anticipated follow-up to his chart-topping Nothing To Do Town EP, releases Aug. 5, 2022, and features fiery lead single “New Truck” and viral TikTok ballad “Can’t Have Mine (Find You A Girl).”