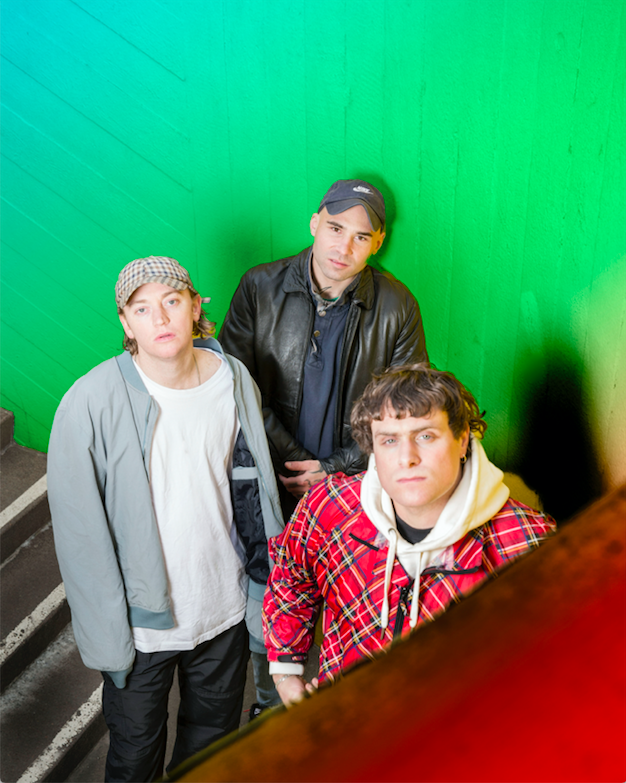 DMA’S have today released a new Willaris. K remix of single ‘Life Is A Game Of Changing’ from their forthcoming album ‘THE GLOW’, due for release on 10thJuly.

Last month DMA’S live streamed their entire London headline show from O2 Brixton Academy on April 29th, the week that they had been due to begin their UK Headline tour – the response was fantastic, with over 50,000 fans live streaming the show.

‘Life Is A Game Of Changing’is a perfect touchstone of what to expect from their 3rdstudio album, an exhilarating rush of big beat dynamics, sun-kissed Balearic dance vibes and the guitar-meets-electro hybrid of latter day New Order. It furthers the DMA’S incorporation of digital beats and sequencers in their songwriting process and in this remix, the upcoming Australian producer Willaris. K adds his signature touch of electronic dance beats.

‘THE GLOW’ was produced and mixed by Grammy award winning producer Stuart Price (Madonna, The Killers, New Order) in the historic Westlake Recording Studios, a long way from the bands early days in Sydney. From their emotive heart to their towering hooks, the core traits that have earned DMA’S a huge following are still prominent in new album ‘THE GLOW’, but now their anthemic sound is infused with a euphoric flood of alt-pop flair with pulsating synths and taut beats.  While the huge choruses will prove to be electrifying highlights of future live shows.

Fans can pre-order ‘THE GLOW’ now. It’s available to purchase in heavy weight vinyl as well as a limited edition heavyweight tri colour vinyl which will be available through HMV and independent record stores (HMV.com and many indie store websites are still taking preorders). There are also exclusive merchandise bundles with signed prints plus limited edition heavyweight transparent green vinyl & cassettes if purchased through the band’s official store; https://dmas.lnk.to/storePR

DMA’S May UK & Irish headline tour was postponed due to COVID-19 but they plan to return to the UK this Autumn to play a handful of October shows including their biggest London headline show to date at Alexandra Palace on October 23rd. Tickets are on sale now.

4. Life Is A Game of Changing

DMA’S are made up of Tommy O’Dell, Matt Mason and Johnny Took. The band formed in Sydney and made an immediate impression with their 2014 debut EP. Their full-length debut ‘Hills End’ saw them crash into Australia’s Top 10, before ‘For Now’ cemented them as a force to be reckoned with. The album earned three ARIA Music Award nominations for Best Group, Best Rock Album and Best Independent Release.

In 2018 they became one of the first Australian bands to play the iconic MTV Unplugged session, following in the footsteps of all-time greats such as Nirvana, Oasis and R.E.M. The performance was captured in this summer’s ‘MTV Unplugged Live’album. DMA’S also released their second album ‘For Now’ in 2018, which achieved their highest UK chart position at #13, boosted by huge ongoing daytime support at radio. An impressive 40,000 tickets were sold on their headline UK tours and their summer touring continued that ascension with main stage sets at Isle of Wight, TRNSMT and Citadel alongside huge outdoor shows with Courteeners and NoelGallagher’s High Flying Birds.