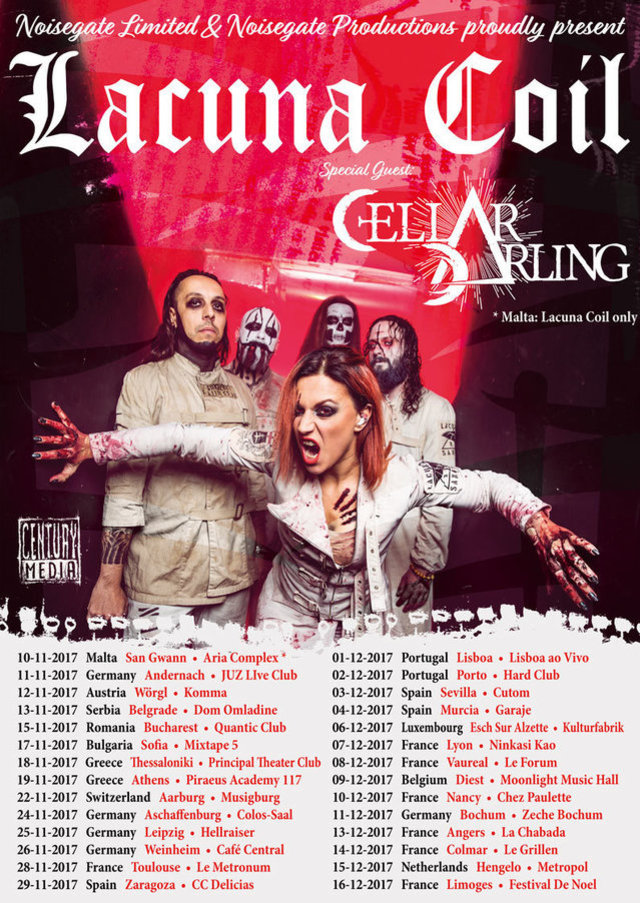 Switzerland’s New Wave Of Folk Rock, CELLAR DARLING, just returned from their mostly sold-out tour with DELAIN and now prepare to embark on another extensive tour together with LACUNA COIL in Europe.

Today the band release an animated music video for ‘Six Days’ taken from the band’s debut album, This Is The Sound.Watch it here:

“It’s the sixth of November. A good day to present you the video to our song ‘Six Days’, a dark and abstract story about the last man left on earth. We’ve always wanted this special song to have a visual representation and we knew immediately that if we ever could realise this project, the man for it would be our favourite artist Costin Chioreanu.

Without any guidelines he has managed to capture the atmosphere perfectly. The video really shows what was inside Anna’s head when she wrote the lyrics and recorded the first demo in the middle of the night. When we further worked on this song, we realised once more that we are not really bound to one style of music and that we have the freedom to expand our horizon even more – that’s why this song will always have a special meaning to us. We hope you love it as much as we do!”
– Anna, Ivo & Merlin

The debut album This Is The Sound was released on June 30th 2017 via Nuclear Blast records. Pick up your copy: