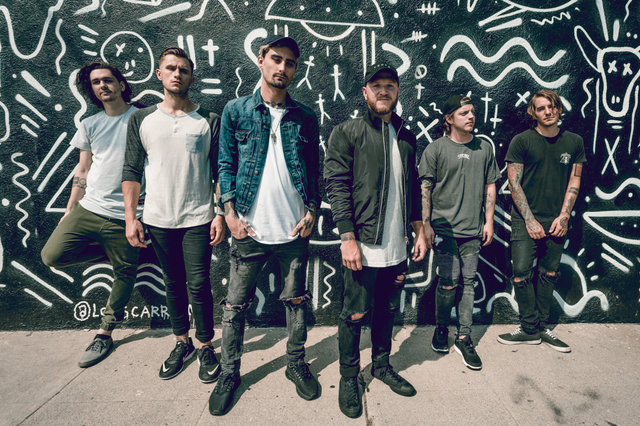 Michigan Post-hardcore outfit WE CAME AS ROMANS have just released another look into their heavily anticipated fifth album, Cold Like War.

Watch as the band discuss the album’s artwork here:

Cold Like War will be available on October 20th via SharpTone Records and you can pre-order the album here:http://geni.us/WCARColdLikeWar

In their expansive tenure as a band, they’ve released four full-length releases, charted #8, #11 and #21 respectively on the Billboard Top 200, performed in five continents and 40 different countries and that doesn’t even begin to touch on what they have in the works for 2017.

In a word, the album represents adversity—in all of its various forms. It’s a thrilling, energetic and immensely catchy compendium of songs that run the full gambit of emotion—aggression to sorrow, love to hate—to capture the fullest extent of the conflict and turmoil We Came as Romans endured to make it to this point in their careers and their lives.

“Cold Like War is about struggle, those trials,” says guitarist and songwriter Joshua Moore. “They can turn us towards each other, towards those we love, towards those who have supported us. Because the last two years to us have felt like this giant war—an internal war—to figure out the right path for our band… to figure out how to stay together and be happy again.”

COLD LIKE WAR TRACK LISTING:
1. Vultures With Clipped Wings
2. Cold Like War
3. Two Hands
4. Lost In The Moment
5. Foreign Fire
6. Wasted Age
7. Encoder
8. If There’s Something To See (Feat. Eric Vanlerberghe from I Prevail)
9. Promise Me
10. Learning To Survive

Previous article
Get Yer Bootsy On
Next article
Perfect Vision