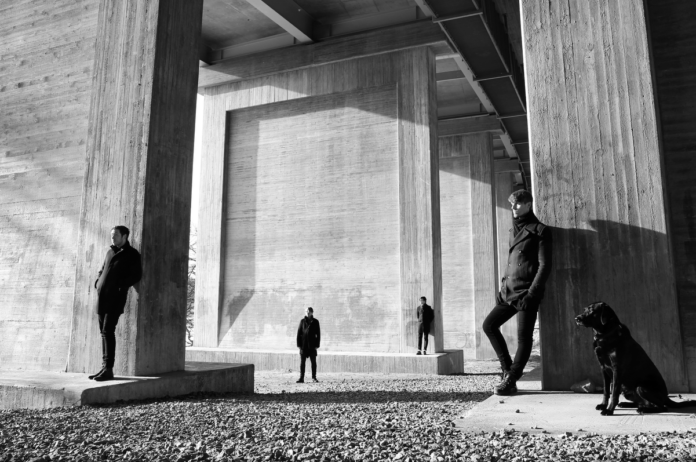 A Projection are a post-punk/darkwave act from Stockholm, who signed to Metropolis Records in 2019 for the release of their well received third album, ‘Section’. Initially inspired by the dark post-punk/proto-goth of The Cure, Sisters Of Mercy and Joy Division along with the electronica of Depeche Mode, the band are known for their compelling and dynamic live shows.

Following ‘Section’, the group released the singles ‘Darwin’s Eden’ and ‘No Control’ that saw them enter a more danceable electronic realm while still embracing their darkwave roots. Their brand new single, ‘Careless’, offers a further example of this sound and provides a taster for a forthcoming album that will be released via Metropolis in late 2022.

Recorded both during and after Covid lockdowns, ‘Careless’ reflects the restlessness and hope of the last two years. Additional recording assistance was provided by fellow musicians that included Henrik Linder of the group Dirty Loops.

The video for ‘Careless’ was made by Ukrainian filmmaker and artist Shorkina Valeri and shot in the band’s home city of Stockholm.