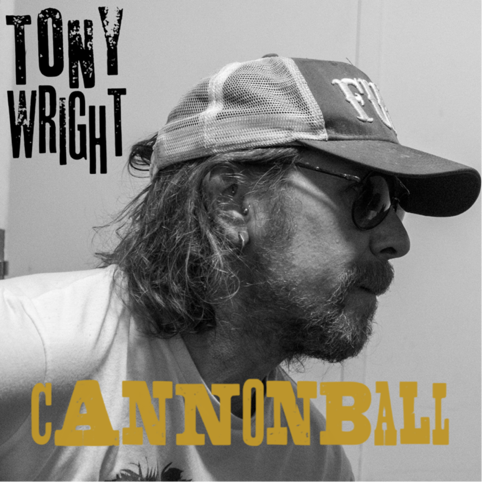 Tony Wright, Terrorvision frontman, releases a brand new single Cannonball on Graphite Records. The poignant Cannonball, is taken from his forthcoming solo album, ‘The Anti Album‘, out on October 7th.

“Cannonball is a sad and lonely song. Full of emotions that wouldn’t be wished upon anyone. It’s where we end up when we lose confidence and stability… Whether it’s through mean people or hard times the song just talks of the emotions and feelings inside. There was no point trying to cover over these cracks or pretend anything different so it is blunt and to the point. Not what everyone wants to hear perhaps but that’s not going to change the way we play it and or the sentiment behind it.” – Tony Wright.

“The video takes a slightly lighter approach and tells of the jealousy of the miserable clown at the circus who’s envy is all consuming when he sees the Human Cannonball. The clown wants to be the Cannonball and enjoy the praise and adulation that pass him by. The plot thickens and the video tell the story of how the clown goes about rectifying this… Based on the silent movies which allowed us to get away with lots of stuff when it came to the filming it includes peril and danger alongside cunning and underhand tactics. He wants to fly through the sky and break down walls.“

Along with Cannonball, The Anti Album features nine further songs, including the previous single Buried You Deeper (https://youtu.be/Jb4zvZ1ruBU)  and this truly honest record is the perfect manifestation of Tony Wright’s immutable wit, sadness, quiet anger and charm.

The Anti Album is available to pre-order in usual CD and vinyl, plus an exclusive limited edition red vinyl album, here: https://linktr.ee/Tony_Wright

To celebrate the release of the Anti Album, Tony will be playing 19 shows starting on the day of the album release at the Victoria Hall in Settle on 7th October and finishing on 11th November at The Jericho Tavern

Sat 29th Stafford  The Ship Aground