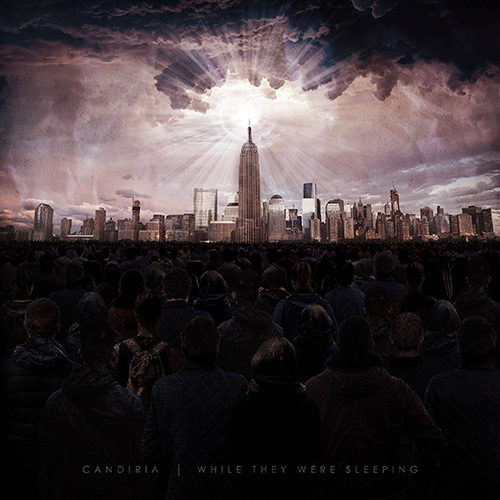 Brooklyn’s musical alchemists CANDIRIA – long-known for fusing metal, hardcore, jazz, and hip-hop in a unique, inimitable blend – will release their new album, ‘While They Were Sleeping‘, via Metal Blade Records on October 7th. It was recorded at Spaceman Sound in Brooklyn by Tom Tierney and Alex Mead-Fox, and produced by CANDIRIA. It’s the band’s first album since 2009’s ‘Kiss the Lie‘.

‘While They Were Sleeping‘ is a concept album conceived by the band’s lead vocalist Carley Coma. It tells the tale of a failed musician who rises up against a monarchy in New York City. To hear the first single, ‘Mereya’, and to pre-order the album in various formats, please visit:metalblade.com/candiria

Since their inception, CANDIRIA has been lauded for their ability to mesh decidedly different styles in a seamless way. They were named one of the “10 Most Important Bands in Metal” by Rolling Stone back in 1999 (rollingstone.com), and the band has consistently released music that challenges listeners, thrills critics, and most importantly, attracts a legion of dedicated, diehard fans.