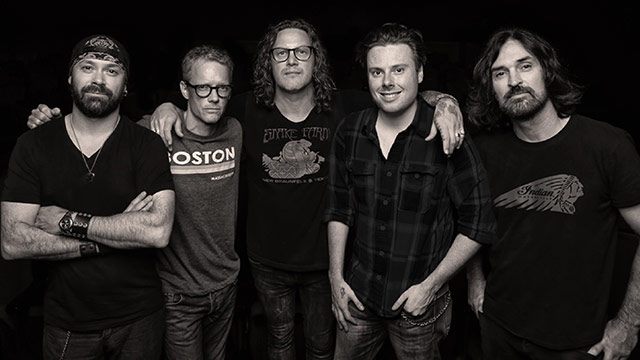 Ahead of their UK tour this January, Candlebox, the influential, multi-platinum rock band from the powerful 90’s Seattle music movement, have released a new music video, ‘Supernova’.

With the band winding down 2016 with a U.S West Coast tour, and preparing for their UK Tour this January, it’s no wonder the new video for ‘Supernova’, taken from the latest album, ‘Disappearing In Airports’, is dedicated to capturing Candlebox onstage.“We wanted a video that represents us, who we are, what we’re like on and off the road,” says vocalist Kevin Martin. “This video gives the viewer a special insight into Candlebox and the personalities of each member, but it also shows just how special our bond is with our music and how much we love playing live.”

Martin goes on to say, “‘Supernova’ is about that moment when you get absolutely blown away by a lover. When there’s no turning back; you know you’re totally blown away. It’s provocative and personal and written from my own experience, just like the other songs on the album. I’ve only ever been able to write about what I know — my experiences, good or bad, I’ve written about them.”

Formed in Seattle in 1991, Candlebox was the first successful act on Madonna’s Maverick Records, which went on to sign Alanis Morissette, Deftones and The Prodigy. The band went quadruple platinum with their 1993 self-titled debut and released two more acclaimed and top-selling albums (1995’s ‘Lucy’ and 1998’s ‘Happy Pills’) before going on a hiatus in 2000. Candlebox regrouped with a 2006 tour, then put out ‘Into the Sun’ in 2008, followed by 2012’s ‘Love Stories & Other Musings’, and now they are back, with the new album ‘Disappearing In Airports’.

Candlebox remains one of the most highly requested and played groups on radio, including the band’s mega hits ‘Far Behind’ and ‘You’.

‘Disappearing In Airports’ is out now via Eternal Sound Records / Pavement Entertainment.