Campfires Take To The Streets 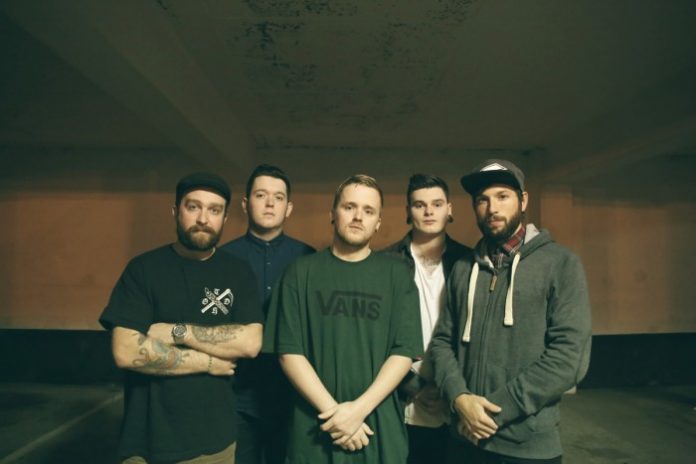 A long time ago, in a galaxy far, far away (well, in 2012 in Aberdeen anyway), beloved UK pop rockers Autumn In Disguise called curtains on their time as a band. Fast forward three years to 2015, and vocalist Mike Hendo, guitarist Stephen Napier and drummer James Forbes are right back at it again as Campfires, with guitarist Yogi McGregor and bassist Craig Donald filling out their new incarnation.

“[Autumn In Disguise] managed to play some amazing shows, tours and festivals such as Download and Sonisphere,” recalls frontman Mike, “Over the years we have all really missed playing live and touring, so we finally got back in a room together and we couldn’t be happier about it. The whole purpose of this new band is to get together as friends, write songs that tell a story and play fun shows. We felt like that was similar to sitting round a camp fire and telling stories – hence the name.”

Despite being a project where fun is cited as the key ingredient, Campfires’ sound is far from disposable. Upbeat yet emotive, catchy yet sombre, the quintet’s self titled debut E.P it sees them slotting in well with the modern pop-punk sound de jour. “Obviously, when writing new music and working with new musicians, your sound changes over time and grows into its own,” explains Mike; “Our songwriting has matured and we’ve taken a lot of time to enjoy writing and find our new sound with the new members, who came from different musical backgrounds. We are all really excited and passionate about the sound we have created in Campfires, and are constantly writing.”

Recorded at Longwave studios in Cardiff with revered producer Romesh Dodangoda (Funeral For A Friend, Decade, Bring Me The Horizon), ‘Campfires’ is an assertive and eclectic introduction to a recharged, reinvigorated group of friends and musicians, whose simple manifesto to “play crazy, fun shows to people who enjoy our music, in as many places as possible,” will fast see them established as ones to watch.

Campfires Self-Titled Track Listing:
Currently Confirmed Live Dates:
Campfires’ debut performance will take place on 12/12/15 at Cellar 35, Aberdeen, with further shows to be announced.
Previous article
Warts And All
Next article
The New Apocalypse Is Coming