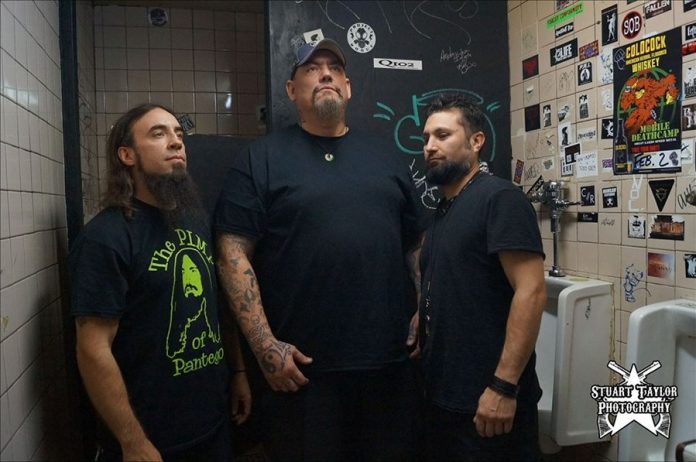 Toledo based speed metal/punk/thrashers MOBILE DEATHCAMP have announced their first tour of 2017, kicking off on January 12th in Tulsa.

Comments the band:
“Here we go 2017!! This run is a quick sprinter to NAMM and back… tons of other dates to come. Wherever you are, we’ll be in your town next year.”

Check out the dates and details below. 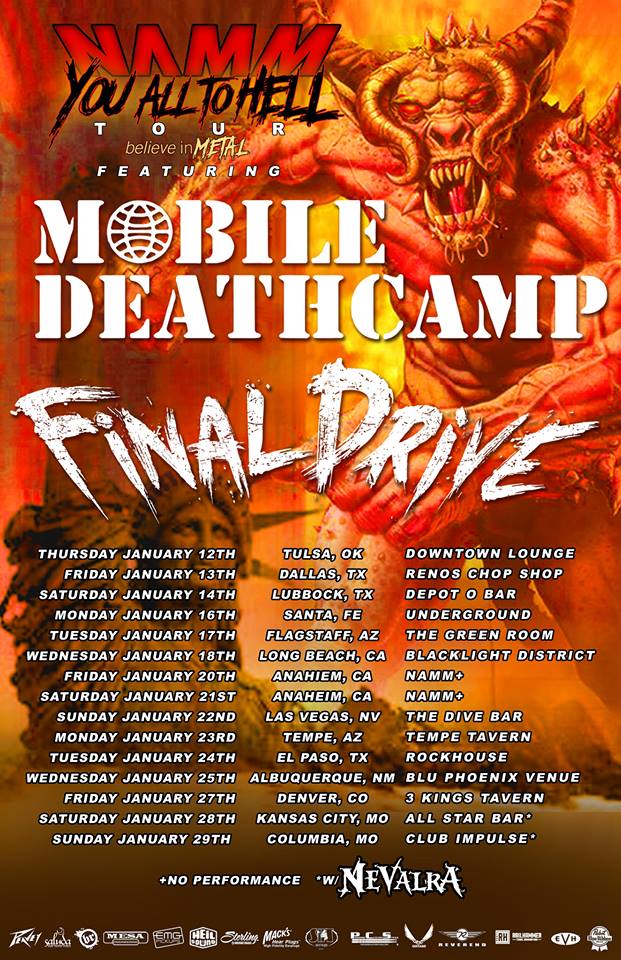 MOBILE DEATHCAMP has been sawing clubs in half, and leaving crowds with their collective jaws on the floor since the band’s inception in 2008. Formed by Todd Evans at the end of his 6 year stint as Beefcake The Mighty (with legendary shock rockers, GWAR), now allied in sonic architecture by Chad Smith (drums), and JC (bass), this musical terror pocket has been leveling venues across North America. Check out the video “Negative Minds” from the debut album “Black Swamp Rising”: