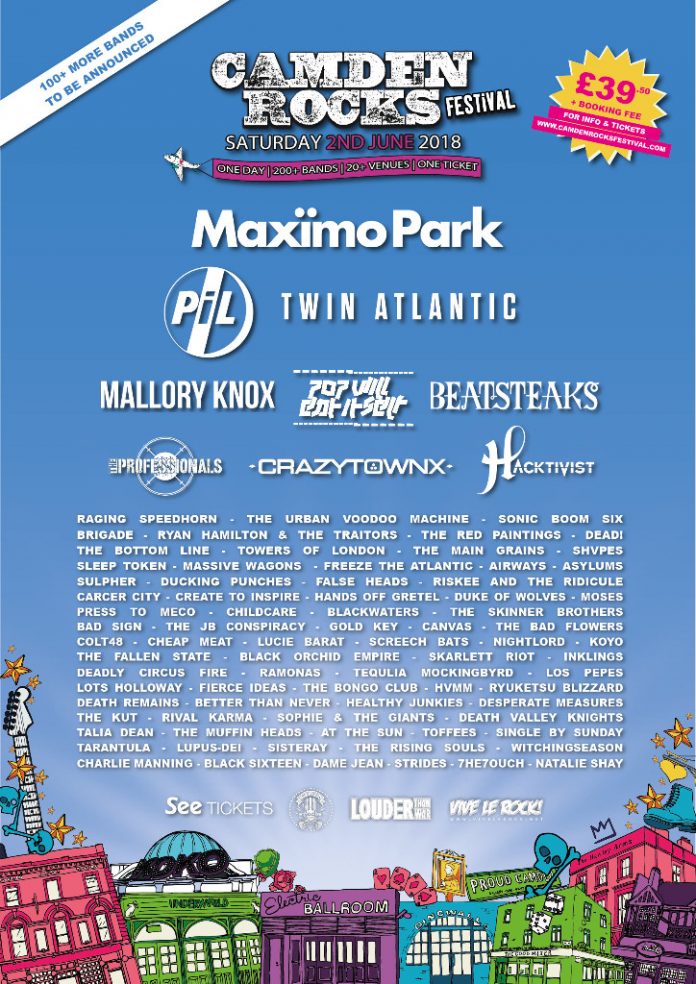 “Camden Rocks is one we’re really looking forward to,” say Mallory Knox ahead of the festival. “We fondly remember playing venues such as The Barfly all the way up to The Roundhouse in Camden. With this being our first show back in London in well over a year makes it a special one for us.”

Expect more bands to be announced soon that will form a line-up that covers every style across the many indie, rock, metal and punk genres, from buzzing new bands to established rock giants.

General sale tickets are priced at £39.50 (subject to booking fee) and give festival goers access to all 200+ bands and 20+ venues on the festival.

Aftershow tickets are priced at £10 (subject to booking fee) and give festival goers access to the aftershow at KOKO 11pm – 3am.

Previous article
Dodgy Staying Out with The Wildhearts
Next article
Where On Earthless?