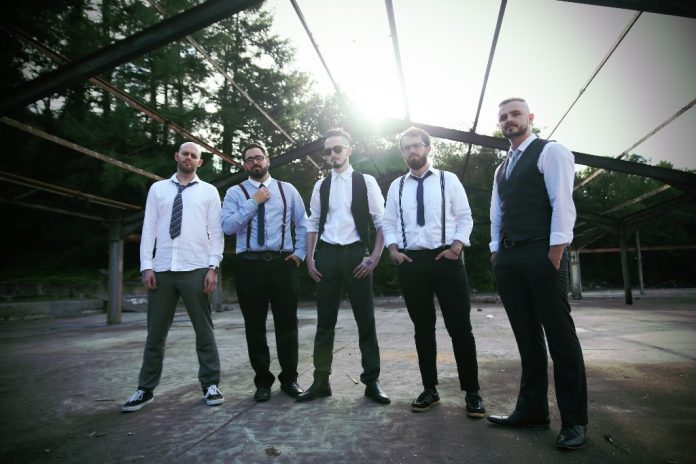 Welsh melodic rock quintet CALLING APOLLO reveal their new single ‘The Wars’ , the third to be taken from the band’s EP ‘The Great Depression: Act 1’ that was released in 2016.

We chose this song as our next single because we thought it would be good to show a different side to us. We feel ‘The Wars’ is a song with a wide reach, not just for fans of rock. We’re hoping that people who may not buy a rock album might check us out after hearing this song.” – Dan Hughes, CALLING APOLLO guitarist.
CALLING APOLLO heading out on tour with Diamond Days to help promote the new single this month.
Live dates:
February
15th – The Booth Hall, Hereford
16th – Marrs Bar, Worcester
17th – Y Castell, Pwllheli
18th – Percy’s Cafe Bar, Whitchurch
www.facebook.com/CallingApollo
www.twitter.com/CallingApollo
www.instagram.com/callingapollo/