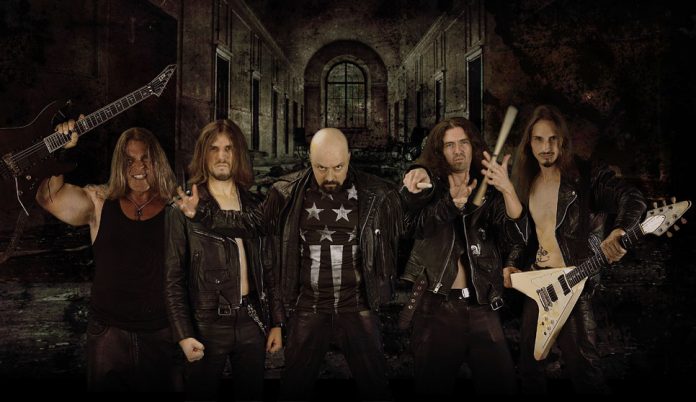 Celebrating over 25 years of touring and 7 albums, CAGE embarks on their most extensive European tour yet venturing into new Countries for the first time like ISRAEL, CYPRUS, SWEDEN, DENMARK, SPAIN, PORTUGAL and FRANCE.CAGE‘s tour promo video can be viewed here:

“We are fired up to be playing for our fans in these new places that we have not reached yet.” Says Guitarist David Garcia. “We have heard the cries for the CAGE for years from these places and now we finally get to play at a time when the band is at its’ peak performance. Our lineup now is just incredible from both the technical and visual performance standpoint. The guys really bring it every night!”

* with Guilty As Charged
** with Lorraine Cross

CAGE will perform an extended set each night with songs from all 7 of their award winning albums including their latest concept record ANCIENT EVIL. The band will be rotating songs throughout the tour so each night will be a different and unique show. CAGE will also hold a free meet and greet after every performance as they have done their entire career.

“Performing is the most fun part of the whole process but a close second is meeting all the killer metal heads after the show and getting to know new friends or reconnect with our long time ones. We look forward to meeting all of you!” says singer Sean Peck.

CAGE will be supported by Belgium thrashers GUILTY AS CHARGED for most of the tour and LORRAINE CROSS in Spain. CAGE will also be joined on various dates by good friends LONEWOLF, LORD VOLTURE, EMERALD, and HURLEMENT.