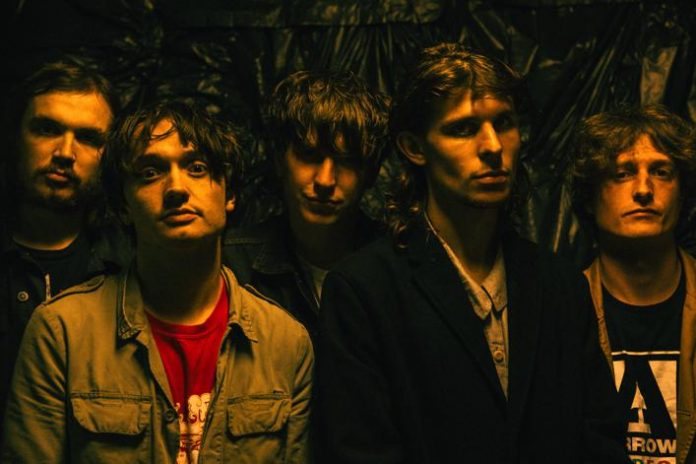 Co-starring cult Manchester busking band The Piccadilly Rats, the video was shot earlier this month in Piccadilly Gardens and directed by Dom Foster.

Premiered on Radio 1 by Huw Stephens, ‘Kevin’ is a re-recording of the lead track from their 2016 debut EP ‘Le Chou’. A fan favourite and Cabbage’s live set closer, ‘Kevin’ was produced by James Skelly & Rich Turvey (Blossoms, She Drew The Gun) at Liverpool’s Parr Street Studios. ‘Kevin’ is the Manchester band’s first stand-alone single after a series of acclaimed EPs, the latest of which, August’s ‘The Extended Play Of Cruelty’, contained the BBC 6Music playlisted track ‘Celebration Of A Disease’.

Cabbage recently completed ‘The Healing Brexit Towns Experiment Tour’, their third headline tour of 2017. The tour included a gig at ULU, the band’s fourth London headliner of 2018 following gigs at The Lexington, Dingwalls and The Scala. Look out for news of 2018 dates soon.