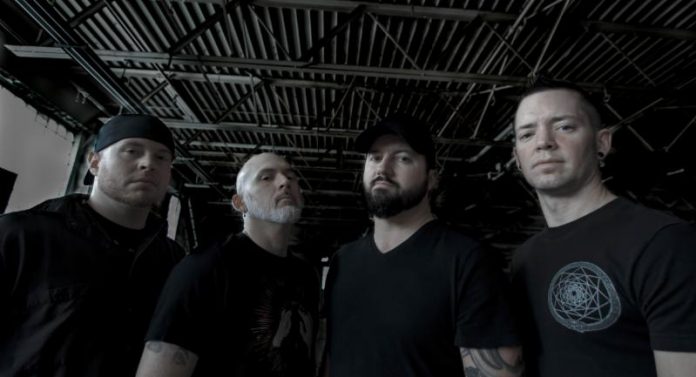 West Virginian groove metal outfit Byzantine has finished recording their upcoming sixth full-length, and Metal Blade Records debut: The Cicada Tree. Set to be released in spring 2017, The Cicada Tree was recorded at 7over8 Studios in Myrtle Beach, SC with producer and engineer Jay Hannon.

Chris Ojeda (vocals, rhythm guitar) comments: “‘The Cicada Tree‘ represents 16 years of a heavy metal band thriving completely underground.Byzantine has been on a slow burn since 2000, constantly crafting our brand of heavy metal and now, with the support of Metal Blade Records, we will finally get a chance to showcase our music on a bigger stage.”

Byzantine was formed in 2000 by vocalist/guitarist Chris Ojeda and former guitarist Tony Rohrbough. After releasing three albums via Prosthetic Records, touring with Lamb of God, playing the main stage of New England Metal and Hardcore Festival, and receiving much praise from fans and media alike, the band abruptly called it quits in early 2008 – but it wasn’t long before the metal community demanded their return. In 2012, a reinvigorated Byzantine reunited with their seminal line-up, and consequently delivered two highly praised albums, which were crowd-funded through Kickstarter and Pledge Music and self-released. Now, after having been an independent artist since 2013, Ojeda and his crew are back with a new record deal, poised to dominate the scene once again with The Cicada Tree.