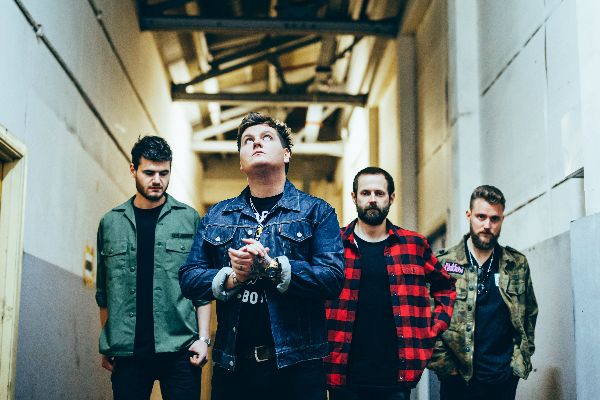 Oozing with an unmistakeable blues swagger that’s driven skyward by a slick bassline and
a sprinkling of dreamy gospel tones, the track shows the band’s ability to change the pace without losing any of their bite. It was born from two previous song ideas fused together to create a bold, vengeful anthem that sounds like it’s taken straight from a scene out of Peaky Blinders – a characteristic that the Birmingham natives are more than happy to brandish.

‘Rich Get Richer’ follows the band’s previous singles ‘Running With The Wolves‘ and ‘Money‘, all of which provide a tantalising taste of what’s to come from their most confident body of work to date.

Throughout the new album’s 13 tracks, Broken Witt Rebels pay homage to their home- town, honouring their working class roots and demonstrating their ability to craft songs that are honest and equipped for the 21st century.

OK Hotel has been praised by the likes of Planet Rock, Classic Rock, Maverick Magazine, Powerplay and more, and will be supported by a full headline tour of the UK and Germany throughout the spring, kicking off with two special instore performances in Sheffield and Birmingham next week.