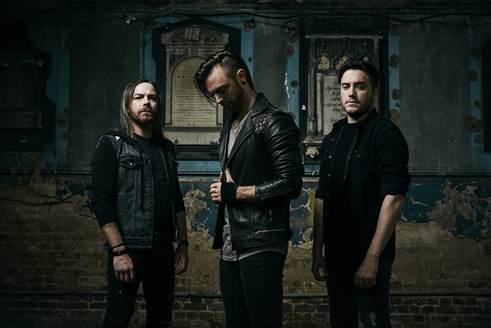 New video ahead of tour

Hard rock/metal heavyweights Bullet For My Valentine have released their first single since signing to Search and Destroy / Spinefarm Records.

Titled ‘Don’t Need You’ and produced & mixed by Colin Richardson & Carl Bown,this new offering serves as a sonic statement of intent as the band move into a new phase of an ongoing and truly spectacular career; new label, new music, extensive UK tour… and a crown to defend.

Directed by Ville Jurrikkala (Nightwish, Michael Monroe),‘Don’t Need You’ has been launched with an accompanying video, depicting a wedding born of deceit.

“It’s not really a ‘doomed’ wedding as such… It’s really just a take on a concept I had,”says frontman Matt Tuck. “ There’s this beautiful ceremony, and it appears to be all about love and trust, but there’s this undercurrent of mistrust and bullshit to go with it. The church we filmed it in is perfect. It’s not your typical wedding venue — it’s really run-down and dirty. We thought that contrast would be really cool to have with the idea of the video. We wanted it to look really grand and ornate, but underneath it all, it’s a bit dirty.”

Meanwhile, Bullet For My Valentine are preparing to embark on their UK headline tour, starting with a sold-out show in Newport on November 24th.

Across a select number of shows, BFMV will perform their classic 2005 debut album, ‘The Poison’, from beginning to end. See details below.

Playing ‘The Poison’ in full *

Killswitch Engage & Cane Hill will appear as Special Guests across the whole tour.

BULLET FOR MY VALENTINE will soon be starting work on a new studio album, their first for Search and Destroy / Spinefarm Records.