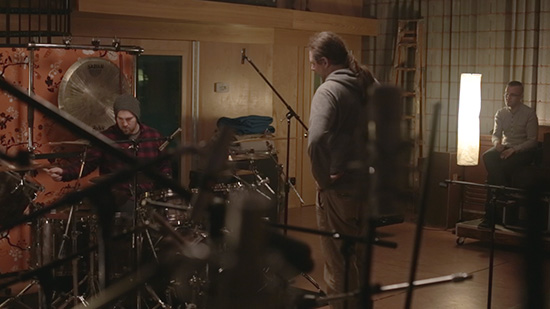 Awesome prog metallers back in the studio

Between the Buried and Me have been writing, rehearsing, and compiling ideas for their eighth full length album over the last several months. Finally, they have begun tracking with producer Jamie King in North Carolina. The band’s latest release, The Parallax II: Future Sequence, earned the band their highest Billboard Top 200 chart debut of their career at #22, and was widely heralded as one of the best progressive albums of 2012. With album number eight, the band promises to continue to challenge themselves and expand on the elements that makes them one of the finest progressive bands operating today.Front man Tommy Rogers adds: “I’m very proud to say that we are now recording a brand new BTBAM record. We have really pushed and challenged ourselves more than ever with this material. It is a perfect representation of where we stand as musicians and as people. This is our voice in the current age of music. Evolution is a must. We now enter the coma and we will see you on the other side… hopefully.“The new album is tentatively scheduled for a summer 2015 release via Metal Blade Records. Updates from the studio are being posted across the band’s social media sites, as well as the artist’s personal profiles. For updates from vocalist / keyboardist Tommy Rogers, guitarists Paul Waggoner and Dustie Warring, bassist Dan Briggs, and drummer Blake Richardson, follow the band online at facebook.com/BTBAMofficial.Follow the band members at:http://instagram.com/blakeyeatsteakyhttps://twitter.com/danbriggsxhttps://twitter.com/tommybtbamhttps://twitter.com/Dustiebtbamhttps://twitter.com/paulbtbamBetween the Buried and Me have already confirmed several shows for 2015, including dates in Mexico, plus appearances at Bonnaroo Music and Arts Festival in Tennessee, and the New England Metal and Hardcore Festival in Worcester, MA. Also at Temples in the UK.