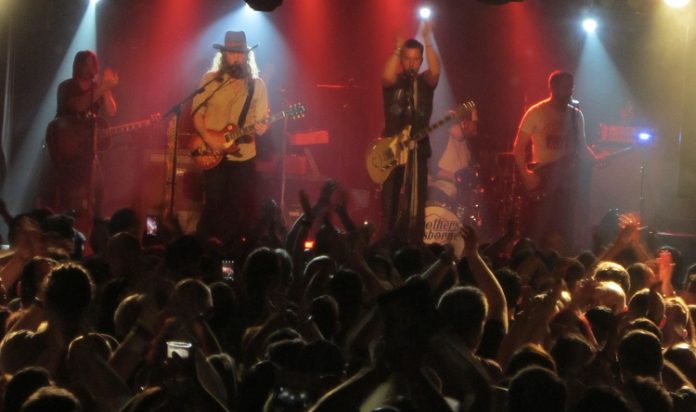 When Kendell Marvel walks out tonight, him and his guitar against the world, its difficult not to feel like you’re about to spoil the plot of a box set you’ve seen and no one else has, because we know how this one’s about to turn out. His new – debut – album “Lowdown and Lonesome” is due out over here imminently and we’ve heard it, its brilliant. A copper bottomed, stonewall classic of a thing, which makes it even more interesting to hear these stripped-down versions that he plays here. To hear songs like “Untangle My Mind” and “Heartache Off My Mind” in this fragile state (the one which you imagine they were conceived in) is a real pleasure, and an insight into what a fabulous singer Marvel is. “Hurtin’ Gets Hard (“its country as hell” offers Marvel with something of an understatement) is delivered with absolute passion to become a highlight, and just in case you are wondering why this is his debut record the answer comes in the shape of Chris Stapleton’s “Either Way” and Gary Allan’s “Right Where I Need To Be” (“it sold a couple of million” he says matter-of-factly) both co-written by KM. That skill has translated brilliantly into his own work, “Gypsy Woman” is as good as it gets, while his half an hour ends with the new records title track. These shows are his first visit to the UK, hopefully not his last, because even if Kendell Marvel doesn’t need to do this, then he’s very obviously having plenty of fun in the spotlight. 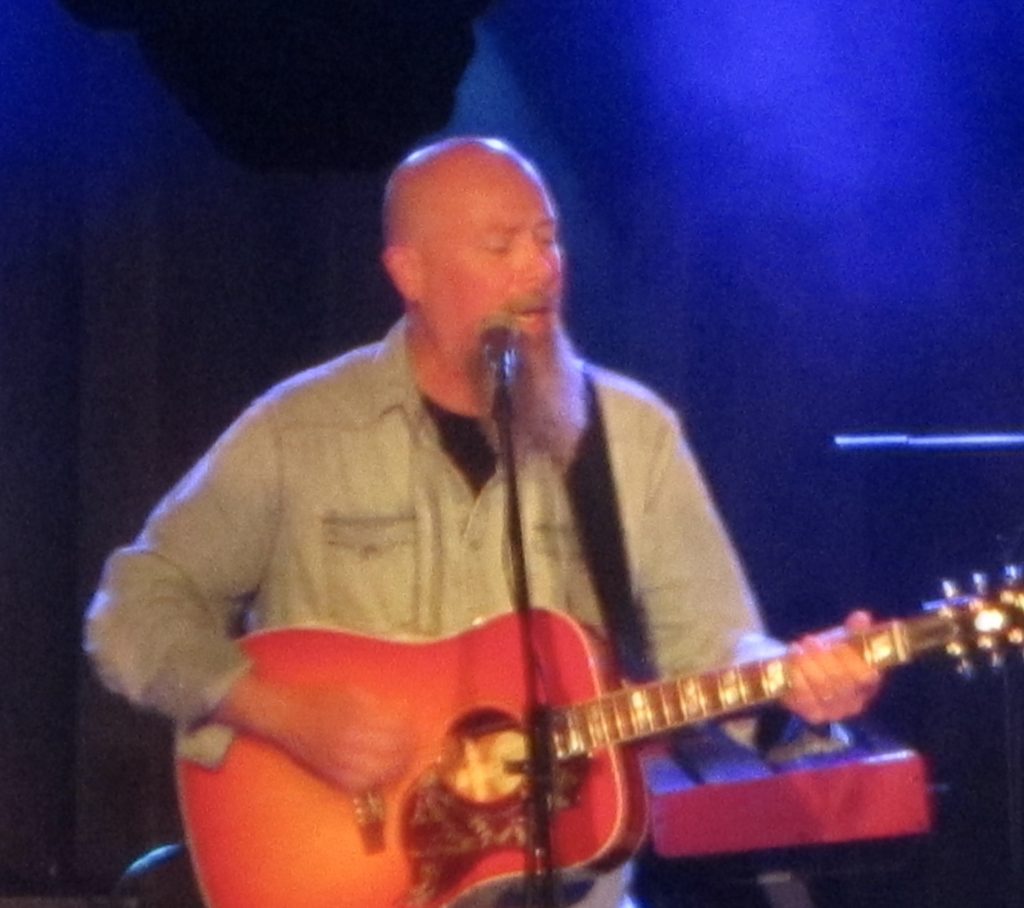 Perhaps it’s the fact that its ridiculously hot in the Academy tonight, or perhaps it’s their natural chilled-out vibe, but Brothers Osborne – TJ on lead vocals and John on lead guitar – really have seemingly distilled the sound of summer somehow. They open here with “Slow Your Roll”. Not an in your face rabble-rouser of a gig kick off to be fair, but it was never meant to be. “It’s hard doing nothing, if you wanna do nothing right” is not only one of its key lines, but hell, should be a mantra for everyone to live by.

Maybe that’s the key to why one of the most successful country acts in the US can come over here, fill the place and come back already for bigger venues later in the year? They possess lots of songs with universal appeal.

“…Roll” is the lead track on the new “Port Saint Joe” record, which is also home to “Shoot Me Straight”, which is happy in the knowledge that trouble is to be found everywhere, but more importantly is a vehicle for some wonderfully mean guitar from John.

The best thing about Brothers Osborne is that they understand completely that they aren’t about to change the world. On “Down Home” they cast themselves merely as “good ol’ boys playing Curtis Loew”, on “Greener Pastures” they look for the pleasures of, shall we say, the sweet leaf – complete with an old-time reverb on the guitar that could have come straight out of Sun Studio’s – plus, if “Weed, Whiskey And Willie” needs any explanation then you aren’t thinking too well, and their skill for writing ballads is to the fore as “I Don’t Remember Me (Before You)” is played for the first time ever.

In fact, though, what matters here isn’t so much what they play, as the connection. “Rum” is a huge singalong and it is unashamed to have fun, either, “Stay A Little Longer” gets them all clapping in unison before “Ain’t My Fault”, from the breakthrough “Pawn Shop” album, is the filthiest rock n roll groove imaginable.

After this there’s a five song encore, which although longer than most, is nevertheless a handy little reprise of what makes Brothers Osborne quite so good and also makes it quite so obvious why they have already outgrown these venues.

“Heart Shaped Locket” is all Springsteen-ish and blue-collar, “Pawn Shop” itself is – and I said it when I reviewed the album so I’ll say it again, a country version of Nickelback’s “Rockstar” (comparisons with Chad’s boys are always intended as compliments), while the last two change the mood totally. “Pushing Up Daisies (Love Alive)” – written with tonight’s support act – is  going to be a gold hit everywhere, and John Denver’s “Take Me Home, Country Roads” ends things as if to show their debt to – but love of – the past.

The pair and their three bandmates – have it all. They are primed and ready to do what their former touring partners The Cadillac Three have done, and perhaps eclipse them. The Brothers Osborne might be the self-proclaimed “least professional, professional band” but they are headed for an arena near you in the near future, that’s for damn sure.