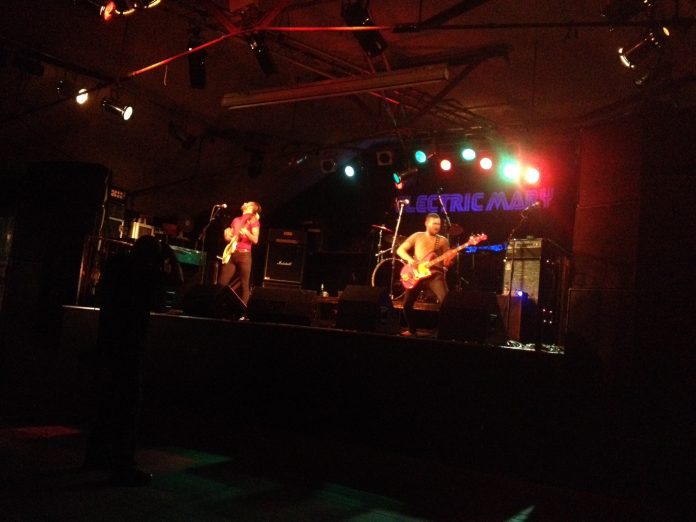 Fast rising trio Broken Chords, touring buddies of Electric Mary and Bernie Torme in recent weeks as well as headlining the second stage at Hard Rock Hell, are to release a new EP.

Up to now the band – Joe on vocals and guitar, Aid on bass and Jamie on drums – only have a 10 track demo (you can stream it here) but they confirmed to MVM before their recent Electric Mary gig, that they had an EP ready to go.

Two of the tracks that will make up the EP, “Rock And Stone” and “Tell Them Of Us” were played in the set and sounded superb, with Aid adding: “we are really pleased with the way they’ve turned out.”

However during the course of the tours with the hard rocking Aussies and guitar legend Torme, the band have experienced the ups and downs of life on the road, with Jamie explaining: “We had our van vandalised in Nottingham, somebody kicked the wing mirror off. It’s taped up with gaffa tape now, it’s a pain in the arse but these things happen.”

On the other side though, there was a nice surprise from Torme. Broken Chords have been invited to play the former Ozzy Osborne guitarists Christmas party, with Aiden telling us: “We got a call from him asking us to go down there and play in his house right between Christmas and New Year! It’s going to fantastic!”

According to Jamie, the invitation was merely an extension of the way the trio were treated by Torme and and his band throughout the tour. “He was great to us,” admitted the sticksman. “They all were. True gentlemen and a pleasure to play with.”

MVM did a full feature with the band throughout the tour, and you will be able to see the results in the next month.