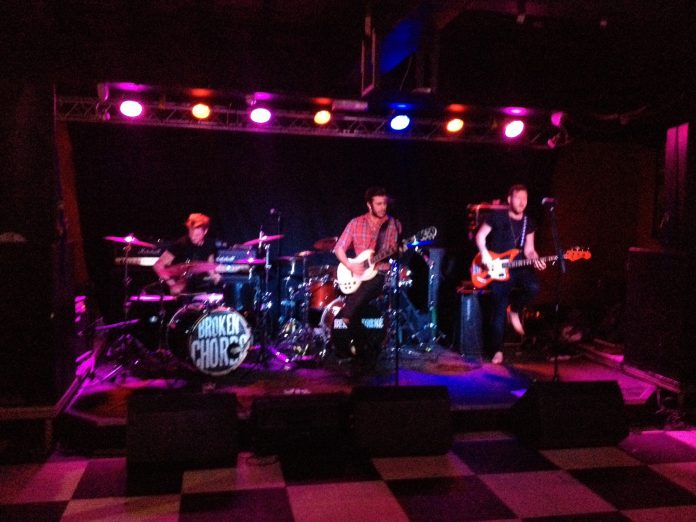 Guy Fawkes was a lightweight. He only plotted explosions. These boys are bringing the Pyro.

Broken Chords – one of the most impressive new rock bands in Britain right now – have just released their new single “Pyro” as a free download on their Soundcloud page.

The South East three piece have been out on tour with Bernie Torme, and are currently gigging with Electric Mary, have impressed everyone with their stripped back classic rock and charged up live performances.

MVM caught up with them right at the start of their tour with Torme and the friendly, yet confident trio left us in no doubt as to what their aims were: “We want to be big,” said singer Joe, “We want to go to America and make it there.” Jamie on drums and bass player Aiden need no second invitation to back him up: “Its the same for all of us,” adds the sticksman: “That’s the dream.”

More immediately, Broken Chords want to take care of business here: “These shows are vital for us,” states Aiden. “We want to get to into people’s faces as much as possible, then get on the festival circuit next year. We are the type of band that plays loud and is brash. We want people to leave going, ‘shit, who was that.

With that the ebullient Jamie cuts in: it worked for Royal Blood this year, what’s to stop us being next?!”

Their sound is as big as their ambition. MVM’s Donnie will catch up with them in Nottingham next Saturday, while Andy will be in Bilston on 10th November.