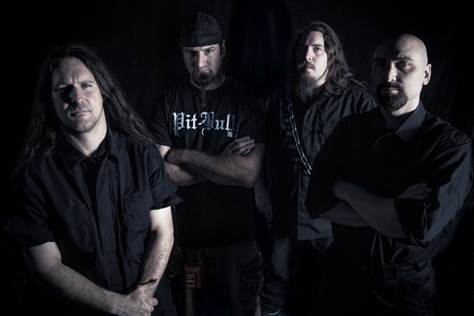 NYC unique death metal masters Immolation and Polish death metal legends Vader are very pleased to announce that they will both returning to our UK shores in 2017!
Both bands will be co-headlining day one of Bristol Deathfest on Saturday 15th April 2017.

Bristol Deathfest is a two day indoor death metal festival held at The Bierkeller in Bristol over the Easter Bank Holiday weekend on Saturday 15 and Sunday 16 April 2017.
Tickets for the event are available here: http://bristoldeathfest.bigcartel.com/

Immolation vocalist & bassist Ross Dolan commented:
“We are very excited to be part of this year’s Bristol Death Fest. It looks like it is going to be a great show with a lot of killer bands, and we are really looking forward to getting back on the road in April to support our new release!  We will be touring with our long-time friends and brothers in Vader, so it should be a great tour with great people.  We will see everyone on tour in 2017! ”

Vader drummer James Stewart commented:
‘Vader are so excited to be bringing our punishing show to next year’s Bristol Deathfest!!! 2017 marks the 25th anniversary of Vader‘s first full-length ‘The Ultimate Incantation’, so you can expect some older material alongside a selection of hits and new songs from our record the ‘The Empire’.

Immolation are currently working on a brand new studio album which is due for release in 2017 viaNuclear Blast – stayed tuned for more news shortly.

Immolation is a name long synonymous with the extreme music scene, delivering some of the most unique and creatively dark death metal the underground has witnessed over the past 28 years. 2017 will mark 29 years for Immolation – the band continue to push the boundaries and remain a vibrant force for the future of a genre that they helped define. Ever since their debut album ‘Dawn of Possession’ (Roadrunner) was released in in 1991, they have continued album after album to refine and hone their most identifiable style, creating some of the darkest and most adventurous death metal the scene has ever heard.

Vader recently released their new studio album ‘The Empire’ – which heralded rave reviews from press and fans alike across the globe.
You can purchase ‘The Empire’ here:
‘The Empire’ CD + Vinyl //  ‘The Empire’ Limited Edition Gatefold Lilac Vinyl // ‘The Empire’ Digital via iTunes

There is some contention as to the beginnings of Vader, but the truth is that they began in the autumn of 1983 by Piotr ‘Peter’ Wiwczarek (‘Bardast’ and later ‘Behemoth’ back then) playing the bass and the guitarist Zbyszek ‘Vika’ Wroblewski. Extreme metal was about to be born in Poland and Vader were among the pioneers of that genre in the newly emerging underground – and the only band from that era still reigning! The first crucial point in the band’s history was their participation in the first Polish heavy metal festival – Metalmania in 1986, where they played to an audience of around 5000 persons.