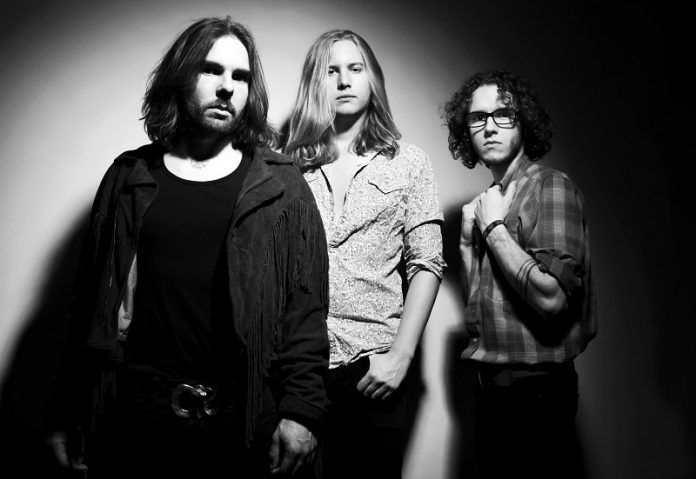 London power trio Bright Curse, who are set to play France’s Hellfest in 2017 headlined by rock superstars Deep Purple and Aerosmith, are currently celebrating a successful year; 2016 has seen their debut full-length released to critical acclaim and a relentless touring schedule has allowed them to perform for audiences in the UK and Europe. To top it off, the band has just unveiled a video for album-opener ‘Lady Freedom’.

Regarding the video’s biker theme, guitarist and singer Romain Daut explains “I started riding and following the custom motorcycle scene a couple of years ago and discovered some of the best people in the world; some of the most badass women – and that’s what I wanted in this short film; amazing ladies saving our asses! With the help of Kingdom of Kicks in Hackney and Our Black Heart in Camden, we found those girls!”

Discussing the track Daut states “Lady Freedom was one of the first songs I wrote for the album, a song about how we should respect the opposite sex, how we should embrace the fact that men would not exist without women, how we owe them our freedom…”

“We shot everything in London. It took us three days,” explains the frontman. “That was the first time Bright Curse had to act! You’ll probably notice that it was easier for some of us than others… The video was directed by James Cox without whom nothing would have been possible; the most talented director we know, he made everything so easy and smooth!”

“It was a lot of fun and I think we have a taste for it now, freezing our balls early morning, drink nothing but coffee all day, having the neighbours ringing our bell in the afternoon because they ‘would like us to find an other place to do that’ and telling them they’ll have to live with it… I mean, I’ll play music in my fucking kitchen if I want to, right?!”