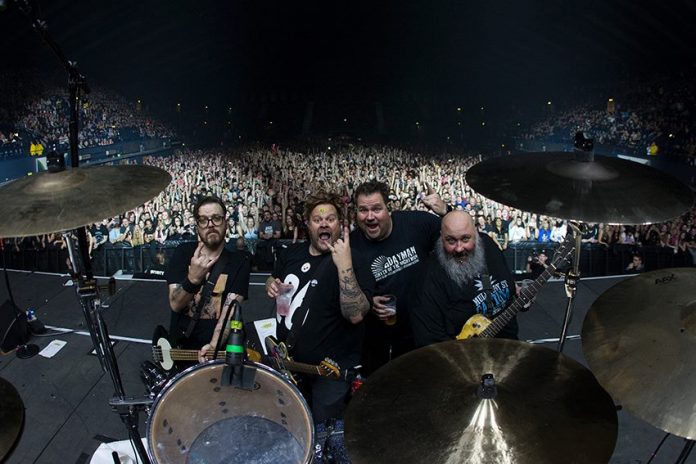 Plus its Sunday, so we are going to Freakin’ Church

Over the last ten years, Slam Dunk Festival has become one of the UK’s great alternative festivals with it’s mix of pop punk, modern rock and metalcore. Something Slam Dunk has never had, until now, is Bowling For Soup, but that is all going to change in 2017! Bowling For Soup are delighted to announce they will be making their Slam Dunk Festival debut in 2017, promising to bring the fun to Leeds, Birmingham and Hatfield in a way that has made them one of the highlights of many other UK festivals over the years.

“We are so excited to be back in the UK at Slam Dunk Fest for the first time! This has the makings of a day we will all never forget!!”

Full information on Slam Dunk Festival, including the other bands announced so far, and how to get tickets, can be found at the official festival website http://slamdunkmusic.com/.

2016 has been a great year in the world of Bowling For Soup; Their UK return with the “How About Another Round” tour saw the band play to sold out venues almost every night including an amazing evening at the Camden Roundhouse in London. Last month’s tour with Steel Pantherand Buckcherry saw Jaret, Chris, Erik and Gary thrilling arenas full of fans, while the band’s first new studio album in over three years, Drunk Dynasty, has won rave reviews from fans and media alike.