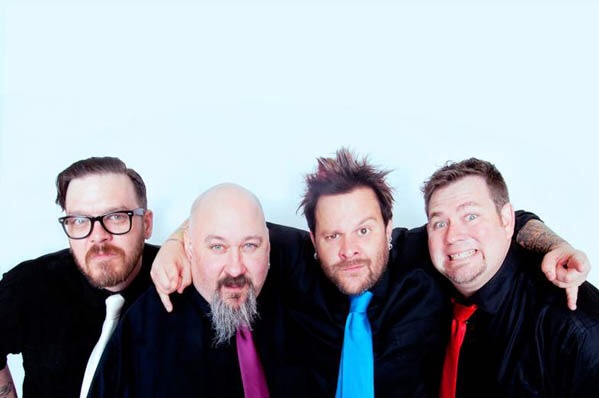 Are they still after the girl all the bad guys want?

They’ve been together 20 years which to the fans has full of laughter and smiles but most of all, infectious song writing, hard rocking tunes and the best live shows you’re ever likely to witness! Bowling For Soup have come a long, long way (and drunk quite a few beers) since forming in the small town of Wichita Falls, Texas, back in 1994. They have spread their enigmatic musical net all over the planet; giving millions of fans a taste of that Lone Star State fun. A few years ago, Bowling For Soup got dropped from their record label. Less than a few weeks after this happened, “The Man” released a BFS GREATEST HITS on their own. They did not consult the band OR the fans on song selection, art work…Nothing! In fact, Bowling For Soup didn’t even know the album existed until months later.

The band decided it was time for them to take matters in to their own hands, and to do it right! They started by making a list of all their singles, fan favourites, and songs that set Bowling For Soup apart from the rest…and boy the list was HUGE! So, they decided to take the first 10 years of their career…and re record it!

It’s been so cool to hear these songs come to life again and all in one place. It’s amazing what 20 years of playing, singing and technology can do. Everything just sounds amazing!