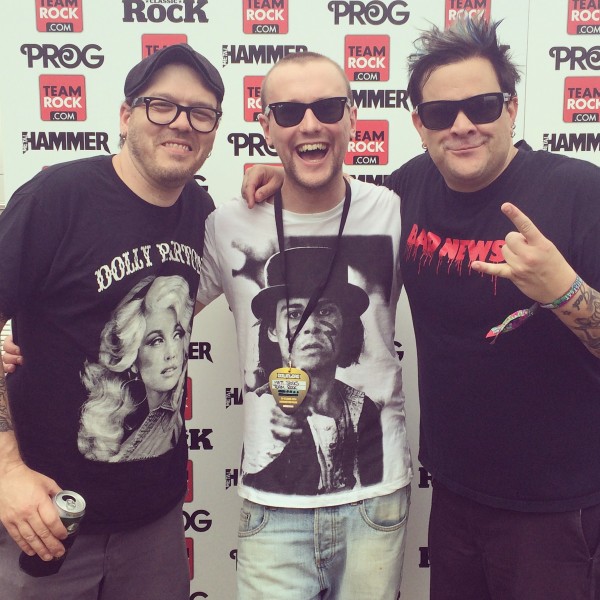 When a band reaches the magic twenty years together, they tend to celebrate in different ways. One of the ways Texas’s finest pop punk export Bowling For Soup have celebrated their big 2-0 is with an audio documentary special about the life of the band and their new Greatest Hits album.

Conducted by Team Rock Radio’s Matt Stocks, a very special edition of Team Rock’s Punk Show was turned into a feature length look at the history of Bowling For Soup with BFS frontman Jaret Reddick, They explored the bands history, what it’s like being one of the pioneers of the pop-punk genre as well as discussing the new Bowling For Soup Greatest Hits album release “Songs People Actually Liked – Volume 1 – The First 10 Years (1994-2003)“.

Originally aired last month, The Bowling For Soup audio documentary special episode of The Punk Show is now available to stream and listen to at your convenience from Team Rock, for free, at the following location – http://www.teamrock.com/radio/on-demand/the-punk-show/2015-02-02.
Bowling For Soup will also be hitting the road in the US for two short blasts of shows in June and September. The tour is BFS’s first proper US tour for several years, and in the words of the band, will celebrate the band finally turning legal age in the States – aka 21! Joining them on the tour will be their great friends The Dollyrots and Ivory Tribes. Full details of the tour and the tour poster can be found below:

Bowling For Soup Finally Legal 2015 US Tour With The Dollyrots & Ivory Tribes:

Tickets (including limited numbers of special VIP tickets) can be obtained directly from the official Bowling For Soup website on the following link – http://bowlingforsoup.com/tour.php.