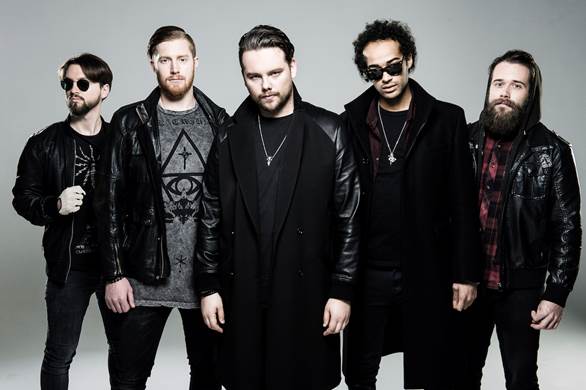 A band on the rise, BRUTAI are rapidly cementing their name further in the modern metal scene as ones to watch. With a recent London Live performance and a newly announced tour with Devil You Know in January 2017, Brutai have just revealed another astonishingly good track from their debut album, which the  band have now announced as being called ‘Born’. The track ‘Of Ashes’ premiered over at Metal Hammer on Monday.

“Of Ashes is a politically driven track about an unwanted ruler burning our world to ashes,” frontman Felix Lawrie tells Metal Hammer. “We feel it’s quite appropriate given the current state of the world we are living in.”

The track is taken from the band’s debut album ‘Born’, the artwork for which was designed by Mario Sanchez Nevado and animated (in the video below) by George Redhawk, who is registered legally blind.

“George is an artist whose mesmerising and unique work captured our interest as he recreates his own ‘vision’ in an animated version of the artwork he likes. All of his work is non profit, but to show our appreciation for his major contribution to our forthcoming album, we’d like to encourage donations to the Wolf Mountain Sanctuary, a cause in which he supports.”

The band are playing the following shows in August, and are touring with Devil You Know in January.