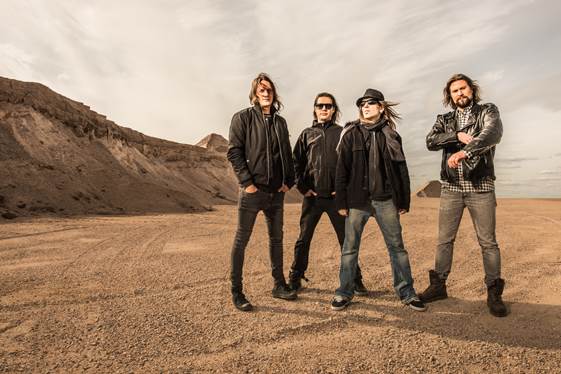 Children Of Bodom’s prodigious debut album ‘Something Wild’ was released 20 years ago and thus the mighty Hatecrew were born. Finland’s melodic death superstars will take to the road in 2017 to celebrate 20 years of life in the form of a mind blowing classic set-list. For an entire month, Children Of Bodom will bring their reaper sound over to the UK and Central Europe, so make sure to catch the guys on one of these dates.

A few weeks ago, Children Of Bodom released a special lyric video for the song ‘My Bodom (I Am The Only One)’, taken from the band’s latest studio album, ‘I Worship Chaos’. On October 20th, fans were encouraged via social media to submit photos of themselves with the band for a chance to be in the upcoming video. Over 300 photos were selected to be featured in the ‘My Bodom (I Am The Only One)’ lyric video. You can view the video here: https://youtu.be/EMje43asm-A

Fully 20+ years into the tough, heroic grind that represents the lifeblood of extreme musicians – Finish metal scientists Children of Bodom have certainly won over crowds globally through a crafted alloy that is theirs alone. But the building of their esteemed career has also been aided and abetted by the simple maths of all that hard work and the intense touring. Their shows are widely acknowledged for being engaging, personable and energetic thrash parties – which inevitably end up indelibly stamped on the circuit boards of headbangers worldwide.

Children Of Bodom have incorporated many different musical styles into their celebrated sound, leading critics and fans to label them as melodic death metal, thrashmetal, symphonic black metal, and neoclassical metal. Their enthralling mix of melodic hooks and instrumental acrobatics have solidified the band as one of theleading voices of music’s new generation.