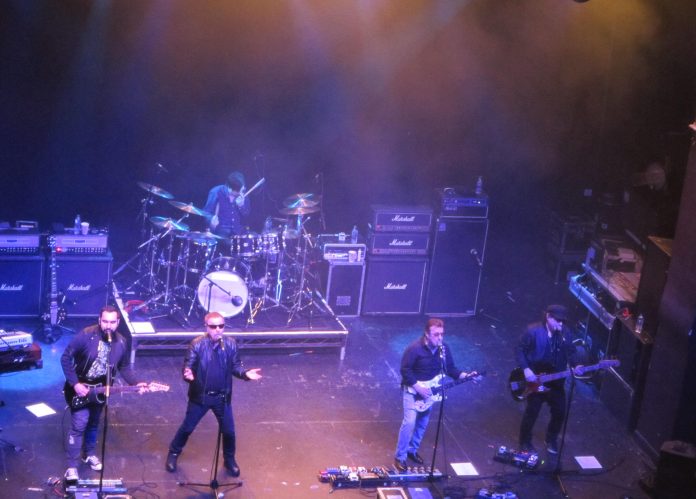 Like when Van Halen opened for Bon Jovi back in the 90s, there was a feeling of “really?” when you heard The Temperance Movement were first on here tonight. Not only are Phil Campbell and his boys far too good to be playing in front of someone else’s gear, but they can routinely sell this place out in their own right. No matter, they seem to be enjoying themselves. “Only Friend” starts off in ebullient fashion and the rest of their 45 minutes or so isn’t far behind. A set that is made up of new stuff and old stuff with nothing off their second record – as if making flesh perhaps the title of one of its songs “The Way It Was And The Way It Is Now” – fizzes along with Campbell seemingly in one of his more athletic moods. “Ain’t No Telling” and an even more raucous than usual “Take It Back” see a lady in the crowd yell that TTM are “awesome”. Accents being what they are, bass man Nick Fyffe isn’t sure that she hasn’t said “awful”, but it is hard to disagree with her initial assertion. “A Deeper Cut” changes the mood altogether, before “Built-In Forgetter” brings it back to close to a crescendo. It has been, give or take five days, a year since The Temperance Movement were in this room, and maybe this was just their way of dipping their toe back in the water, or just reminding us they are still here. Whatever it is, though, it is good to have them back and firing like this. 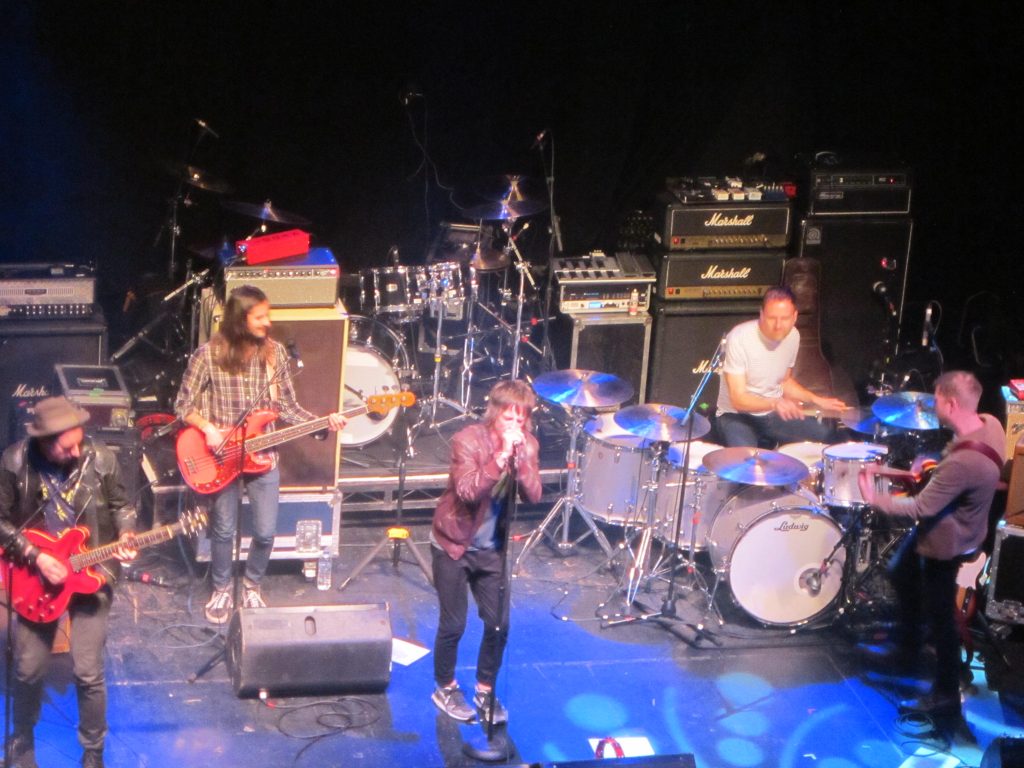 Of course, there is another option as to why TTM agreed to support here. Blue Öyster Cult are a band that justifies the epithet of “legend”. Is there one of those documentaries on the history of rock that doesn’t include them? I haven’t seen one if there is and The Institute is (literally) packed to the rafters for this tonight. Not bad going for a band without an album since 2001.

This though, is all about the history of a band that has been going for close on 50 years – and as long as Buck Dharma and Eric Bloom are around then BOC will always possess a beating heart too.

What they don’t have a great deal of – tonight at least – is spectacle. They might come on to the Game Of Thrones music, but there is not a lot of drama on stage.

What there is a shed load of is magnificent playing. The musicianship here is incredible. Dharma and Richie Castellano in particular are stunning. “Before The Kiss, A Recap” turns into a bit of an early jam and there is a certain type of mellowness about “This Ain’t The Summer Of Love” and as a study in flawless playing then you won’t beat this.

Credit to them, as well, for changing things up every night. “Perfect Water” is played for only the second time on the tour, “Harvest Moon” is given its airing only after an audience vote, and there is more to come on that front too. It all adds up to a band that is anything but going through the motions.

Bloom takes lead vocals for “E.T.I. (Extra Terrestrial Intelligence)” and throughout the night he plays keyboards, perhaps the highlight of these endeavours is a wonderful “Dancing In The Ruins”. The pick of the show, though is “Then Came the Last Days of May” in which the band is all in full flight.

There are, of course, the ones everyone knows. The 100 minutes is punctuated by them. “Burnin’ For You”, a mighty “Godzilla” and the other one. It ends the main set, you bet it does. Many would have waited until the very last song to do it, but this isn’t that kind of bombastic, chest-beating night.

Instead, the encore is a rarely played, but entirely welcome, “In Thee”, a fitting tribute to original member Allen Lanier, before something of a boogie, “Hot Rails to Hell” which Castellano sings, as if the others don’t want to hog the limelight too much.

A gig, perhaps to be admired and enjoyed for the flawless work, rather than the usual visceral excitement. Maybe, though, that was the point, and the men themselves wanted to go under the radar and let the BOC body of work do the talking for them. That, mostly, is what they did.