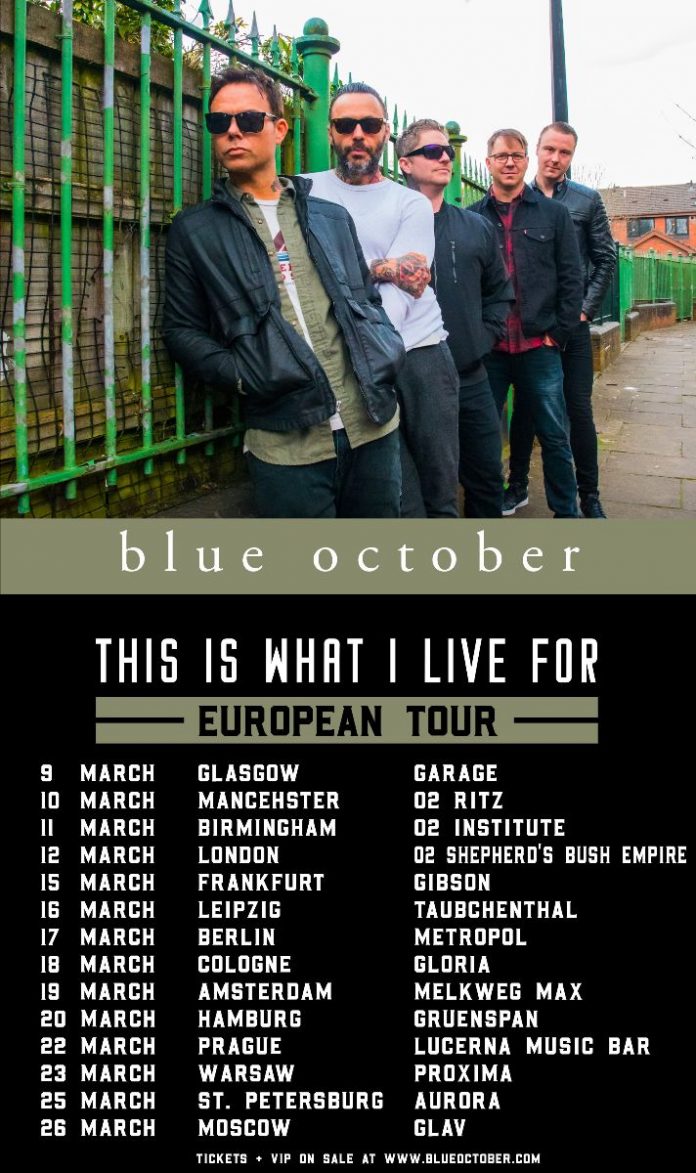 Blue October returns to the UK in March 2022 to support the release of their new album ‘This Is What I Live For’.  This is Blue October‘s 10th studio album.

During the pandemic, Blue October‘s first single from the new album, “Oh My My,” became the band’s first Top 10 US Alternative single (#9) since 2009.  Blue October has now scored 16 US Top 40 Alternative and Hot AC charted singles.  Eleven of those singles were independently released.

Also during the pandemic, Blue October launched their own streaming platform getbackup.tv to support the release of their film ‘Get Back Up’, a beautiful redemption story.  Raw and honest, ‘Get Back Up’ the documentary is a genuine reminder that love and second chances are real.  You can rebuild your universe by simply doing the next right thing.

“The riveting, emotionally charged story of one man’s journey from rock stardom to rock bottom, rescued by his faith, the love of a woman, his family and his band mates; it is a story of hope for all” – IMDB. The film is available on Apple TV, Roku, Google Play, Amazon Firestick and getbackup.tv.

Blue October brings their powerful uplifting theater and one of today’s most charismatic and engaging voices to the UK with performances in London, Manchester, Birmingham and Glasgow in March 2022.