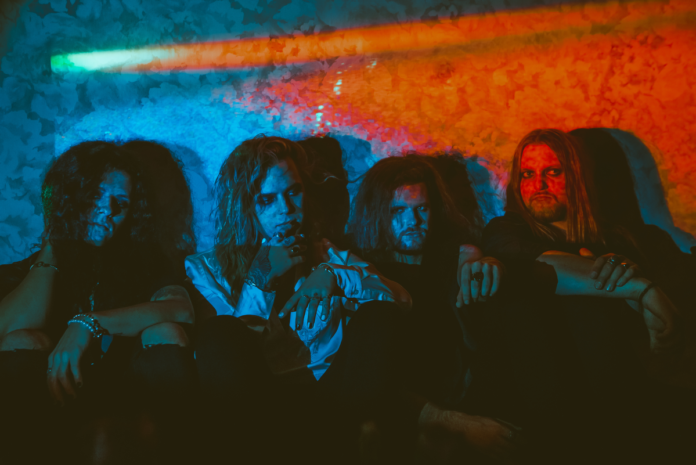 Latvian hard rockers Bloody Heels will release their new studio album, ‘Rotten Romance’, on 10th June via Frontiers. Having issued the song ‘Dream Killers’ as the first single from it exactly a month ago, today sees the appearance of its title track with an accompanying video.

‘Rotten Romance’ is the third album by the band and is the follow-up to 2020’s well received ‘Ignite The Sky’, Although sure to please fans of their previous work, where classic ’80s hard rock was mixed with metal, they have now introduced elements of prog rock, goth metal and modern rock, with spectacular results. Vocalist Vicky White’s whisky-soaked voice is in especially fine form, while the performances of guitarist Harry Rivers, bassist Gunn Everett and drummer Gus Hawk have also stepped up a notch from their already impressive level. Intense, driving musical passages combine with atmospheric and sometimes dark breakdowns that give the album a seamless variety.

Have Bloody Heels just provided the blueprint for how the current crop of groups paying homage to ’80s hard rock and metal can push the genre into new, exciting and inventive territory? Only time will tell, but with ‘Rotten Romance’ these Latvian upstarts have most certainly thrown down a gauntlet for their peers to match.

Formed in 2012 in Riga, Bloody Heels began establishing themselves with the 2014 ‘Summer Nights’ EP and debut album ‘Through Mystery’ (2017), following which they signed to Frontiers and released ‘Ignite The Sky’. They toured all over mainland Europe prior to the 2020 pandemic.